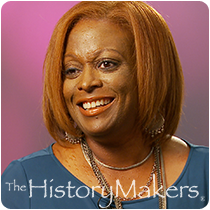 See how Corynne Corbett is related to other HistoryMakers

Corbett began her magazine publishing career at Elle magazine in 1985, and was promoted from editorial assistant to senior beauty, health and fitness editor. From 1993 to 1997, Corbett was the owner of Corynne Corbett Creative Connections where she worked on projects that ranged from freelance writing to advertising and special events. She was then hired at Mode magazine as executive editor and senior editor before being promoted to editor-in-chief. After a brief stint as editor-in-chief at Heart & Soul magazine from 2001 to 2003, Corbett joined Real Simple magazine. While there, she served as beauty and wellness director before being promoted to executive editor. In 2010, Corbett was named beauty editor at Essence magazine where she served for three years.

Corbett has appeared as a beauty and style expert on several shows, including Tia & Tamera, Better TV, Good Day New York, the Dr. Steve Show, The View, Good Morning America, Today in New York, Positively Black, and E!, among others. In addition, she has served as a brand strategist and image consultant for companies such as Clinique, Maybelline New York, IMAN Cosmetics, L’Oreal, Bumble & Bumble, Black Opal, Christian Dior, Phyto, and Coty.

Throughout her career, Corbett has mentored many young women interested in succeeding in the beauty industry through her non-organization, Beauty Biz Camp. Corbett professional memberships include the American Society of Magazine Editors and the National Association of Black Journalists.

Here is a sampling of some of the publications Corbett has overseen:

See how Corynne Corbett is related to other HistoryMakers
Click Here To Explore The Archive Today!