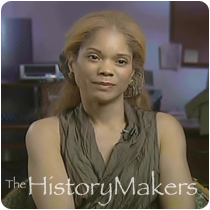 See how Constance Rice is related to other HistoryMakers
Donate Now

Activist lawyer Constance L. Rice was born on April 5, 1956, in Washington, D.C., to Anna L. Barnes Rice, a science teacher, and Phillip Leon Rice, a colonel in the United States Air Force. Growing up abroad, Rice attended the Town and Country School in London and graduated from the Universal City High School in Texas in 1974. Rice received her B.A. degree in government from Harvard University in 1978. In 1980, Rice won a first degree black belt in Tae Kwon Do and was awarded the Root Tilden Public Interest Scholarship to New York University School of Law from which she earned her J.D. degree in 1984. Rice served as a law clerk for the State of New York Department of Law in 1982; was mentored by Lani Guinier of the NAACP Legal Defense Fund in 1983; and from 1984 to 1986, served as law clerk for the Honorable Damon J. Keith of the United States Court of Appeals for the Sixth Circuit in Detroit, Michigan.

From 1986 to 1987, Rice served as an associate attorney for Morrison and Foster in San Francisco, California. In 1987, Rice served as special assistant to the associate vice chancellor of the University of California at Los Angeles. Rice served as the president of the Los Angeles Department of Water and Power from 1990 to 1995. In 1990, Rice joined the NAACP Legal Defense and Educational Fund in Los Angeles as western regional counsel; she was involved in the NAACP’s unsuccessful fight against California Proposition 209; the freeing of Black Panther Geronimo Pratt with the assistance of Johnnie Cochran; and the defense of Riverside police officer Rene Rodriguez. In 1998, Rice helped found the firm of English, Munger and Rice with her law partner, Molly Munger. Rice also co-founded and served as co-director of the Advancement Project, a public policy legal action organization. In 1999, Rice launched a coalition lawsuit that won $750 million for new school construction in Los Angeles. Up to the date of her interview, Rice had won $15 billion worth of injunctive relief and damages for multi-racial coalitions of lawyers and clients.

In 2000, Rice was named one of California’s top 10 most influential lawyers by California LawBusiness. In 2003, Rice received an honorary doctorate from Occidental College, and in 2004, was presented the Women Lawyers of Los Angeles Ernestine Stahlhut Award. Rice appeared on The Tavis Smiley Show, Nightline, The Oprah Winfrey Show, ABC’s This Week and dozens of radio and television talk shows.

See how Constance Rice is related to other HistoryMakers
Donate Now
Click Here To Explore The Archive Today!