Information about Colbert I. King 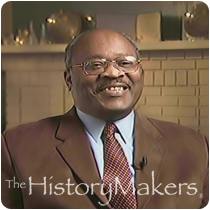 Favorite Color:
Blue
Favorite Food:
Chicken
Favorite Time of Year:
Fall
Favorite Quote:
It Is What It Is.

Favorite Color:
Blue
Favorite Food:
Chicken
Favorite Time of Year:
Fall
Favorite Quote:
It Is What It Is.

See how Colbert I. King is related to other HistoryMakers

After graduating from Howard University in 1961, King married Gwendolyn Stewart King, on July 3, 1961. King served as a commissioned officer in the U.S. Army’s Adjutant General’s Corps from 1961 to 1963. After a brief time with the U.S. Civil Service Commission, he served as a special agent for the U.S. State Department but quit because of his disagreement with Counter Intelligence Program (COINTELPRO). In 1970, King, on a fellowship with James Farmer at Health Education and Welfare, called attention to sickle-cell anemia and the unequal attention given minority health care. From 1971 to 1972, he worked for Volunteers in Service to America (VISTA), an anti-poverty program created by President Lyndon B. Johnson. King drafted the District of Columbia Home Rule Act of 1973, which effectively combined Washington D.C. and areas like Georgetown, and the Conflict of Interests Bill. In 1975, King left government service, but returned in 1976 as Deputy Assistant Secretary of the Treasury Department. In 1979, President Jimmy Carter appointed King as the United States Executive of the World Bank. In this position, King successfully helped Robert McNamara include the People’s Republic of China into the World Bank. King left in 1980 to become executive vice president of the Middle East and Africa divisions at Riggs National Bank. At Riggs National Bank, King was concerned with federal financial services, international banking and third world indebtedness. In 1990, King joined the editorial board of the Washington Post in Washington D.C. He started writing a weekly column in 1995 and in 2000, King was appointed deputy editor of the Washington Post editorial page.

In 2003, King received the Pulitzer Prize for his columns, which often challenged racial discrimination and religious fundamentalism, critiqued the criminal justice system, and spoke out against the exploitation of the poor. King lives in Washington D.C. with his wife Gwendolyn. His son, Rob King, is the editor-in-chief of ESPN Digital Media.

Colbert I. King was interviewed by The HistoryMakers on May 4, 2005.

See how Colbert I. King is related to other HistoryMakers
Click Here To Explore The Archive Today!