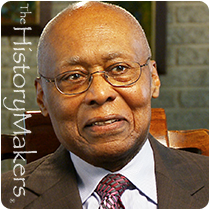 U.S. Army Colonel Edward B. Howard was born on September 13, 1925 in Washington, D.C. His father, Edward W. Howard, was an attorney; his mother, Edith B. Howard, an English teacher. Howard attended Grimke Elementary School and Garnet Patterson Jr. High School before graduating as valedictorian from Paul Laurence Dunbar Sr. High School in Washington, D.C. in 1943. He then attended Dartmouth College from 1943 to 1945 before being selected to attend the U.S. Military Academy at West Point. Howard went on to earn his B.S. degree in engineering from West Point in 1949 and his M.S. degree in electrical engineering from Purdue University in 1960.

Throughout his thirty years of service, Howard has significant experience with engineering investigations and technical analysis. Howard began his military career in 1949 as a company grade officer, and was then assigned as a signal company commander occupying Germany until 1962. During the Vietnam War he received domestic and international assignments. Howard served as a communications officer in the National Military Command Center at Pentagon and then as an installation commander and staff officer in Bangkok, Thailand where he managed a program to train Thai engineers and directed a fixed communications facility. In 1971, Howard became chief the Frequency Branch in the Office of the Joint Chiefs of Staff; and in 1973, he was assigned to the board of the Inspector General of the U.S. Army.

Howard served as a signal corps officer from 1967 to 1979 and then became a senior engineer for Flight Systems, Inc. While there, he recommended the criteria for prioritizing the U.S. Navy Engineering Change Proposal (ECP) and developed the U.S. Navy standard briefing for subcontractor manufacturing. From 1983 to 1990, Howard received several senior-level military and civilian appointments, including being named a senior scientist at the National Aeronautics and Space Administration (NASA), Naval Research Laboratory (NRL), and the Army Corps of Engineers. He also provided engineering support the RAIL Company to develop the Unmanned Air Vehicle and Tactical Air Launched Decoy production models. In 1970, he was hired by ORI, Inc., and served as the lead engineer to review the Electromagnetic Interference/Electromagnetic Compatibility (EMI/EMC) plans, specification and program documents.

Howard is a member of the Institute of Electrical and Electronic Engineers (IEEE), the Dartmouth Outing Club, and Methodist Men. For serving in the U.S. Army during a time of war, Howard was honored with the World War II Victory Medal, the Korean Service Medal, and the Republic of Vietnam Campaign Medal. His military decorations also include the Combat Infantry Badge, the Army Occupation Medal (Germany), the National Defense Medal with the 1st Oak Leaf Cluster, the Joint Service Commendation Medal, the Legion of Merit Medal, the Bronze Star Medal with the 1st Oak Leaf Cluster, the Office of the Secretary of Defense Identification Badge, and the Meritorious Service Medal.

Edward B. Howard was interviewed by The HistoryMakers on May 23, 2013.