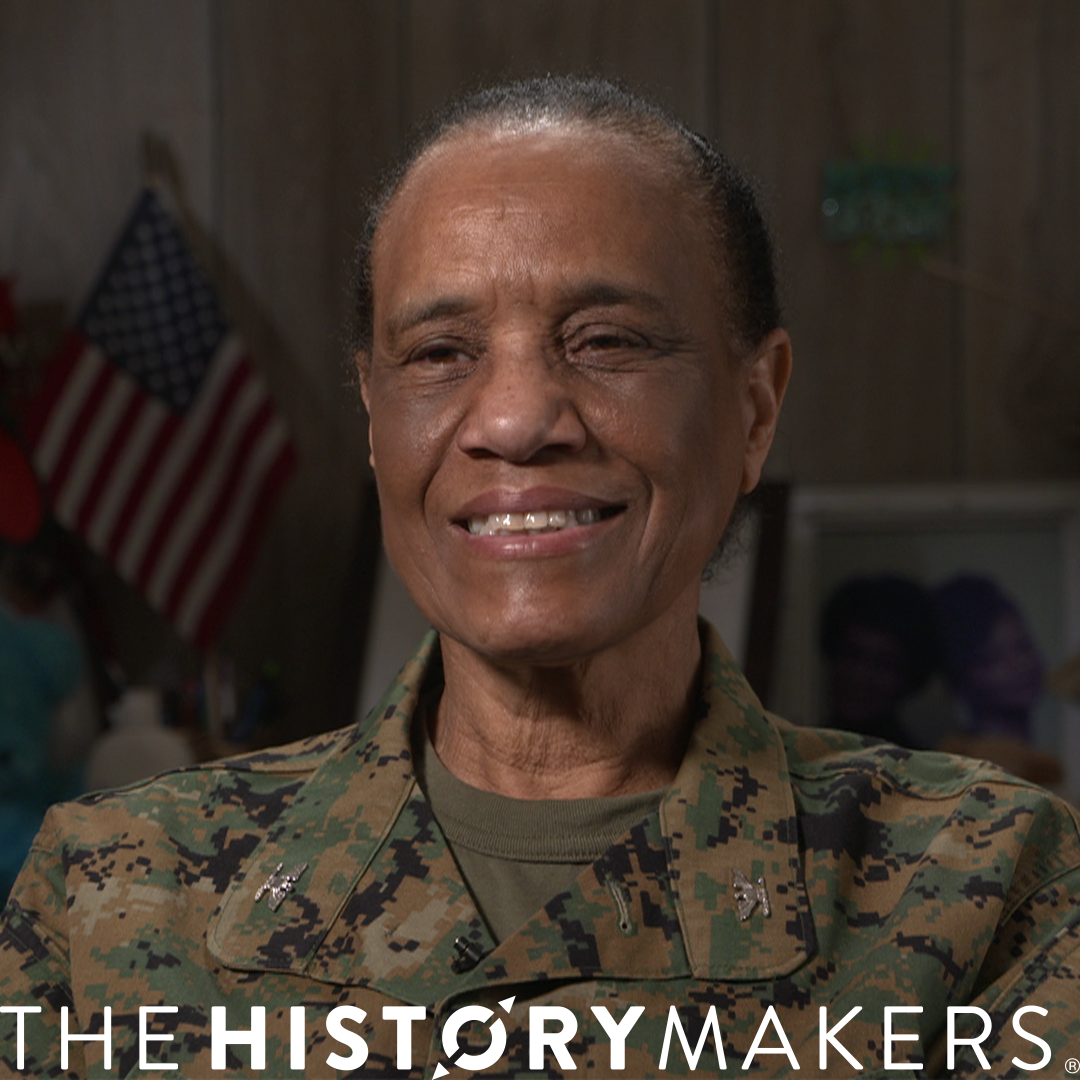 "Grow Where You're Planted."

United States Marine Corps Colonel Adele E. Hodges was born on May 25, 1954, in Laurinburg, North Carolina, to Ollie Mae Monroe and Roscoe Lee Hodges, Jr. She received her B.A. degree in recreation and leisure in 1977 from Southern Connecticut State College, in New Haven, Connecticut, her M.B.A. degree in 1996 from National University in San Diego, California, her Joint Professional Military Education (JPME) Phase I master’s degree in military arts and science in 1997 from the United States Army Command and General Staff College, in Fort Leavenworth, Kansas, her JPME Phase I master’s degree in strategic military studies in 2003 from the Naval War College, in Newport, Rhode Island, and her JPME Phase II degree in 2007 from the Joint Forces Staff College, in Norfolk, Virginia.

Hodges enlisted in the Marine Corps in 1978 and after training and supply school was assigned to the First Medical Battalion of the First Force Service Support Group at Camp Pendleton, San Diego, California. She was promoted to second lieutenant in 1980. From 1981 to 1983, Hodges served with the Supply Battalion, Third Force Service Support Group, Okinawa, Japan. From 1983 to 1986, she served as a supply officer at Fleet Marine Force Pacific Headquarters, Aiea, Hawaii, where she was promoted to captain. From 1986 to 1989, she served with the Ground Supply Section, Reserve Headquarters, Fourth Marine Air Wing, New Orleans, Louisiana. She then served with the Headquarters Battalion, Second Marine Division, at Camp Lejeune from 1990 to 1993. In 1991, Hodges deployed in Saudi Arabia and Kuwait as a supply officer with her battalion as part of Operation Desert Storm during the Gulf War.

In 1993, Hodges was transferred to the Marine Corps Air-Ground Combat Center base at Twentynine Palms, California, and promoted to major. She was posted to the Combined Arms Exercise Program at the Marine Corps Training Programs Branch at Quantico, Virginia, in 1997. In 1998, Hodges was promoted to lieutenant colonel and assigned to the First Maintenance Battalion at Camp Pendleton. In 2000, she served in Exercise Natural Fire in Kenya, Uganda, and Tanzania and took command of the First Maintenance Battalion at Camp Pendleton. She was promoted to colonel in 2002. From 2003 to 2005, Hodges was chief of the Joint Training Division at NATO Joint Warfare Center, Stavanger, Norway. She was promoted to full colonel in 2004. In 2006, Hodges became commander of Camp Lejeune. From 2008 to 2010, she served as the Director of Readiness Assessments in the Marine Corps Office of the Inspector General, in Arlington, Virginia. Hodges retired from the Marine Corps in 2011. She became CEO of RALDFO Group LLC in 2013.

Hodges serves on the board of Homes For The Brave and initiated Operation Noble Heart, Back on Track, and the Hard Core Warrior Award.

Colonel Adele Hodges was interviewed by The HistoryMakers on April 1, 2022.