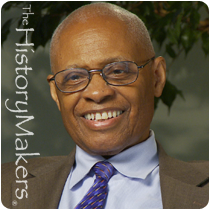 See how Clive Callender is related to other HistoryMakers
Donate Now

Surgeon and medical professor Clive Callender was born on November 16, 1936 in New York, New York. Callender lived in a foster home and then with his father, until his stepmother had to be hospitalized. His Aunt Ella took him in and began his faith-based life. Through his involvement with Ebenezer Gospel Tabernacle at the age of seven, Callender decided to become a medical missionary. After graduating from Commerce High School, Callender received his B.S. degree in chemistry and physiology from New York City’s Hunter College. He went on to attend Meharry Medical College in Nashville, Tennessee, where he received his M.D. degree in 1963.

Callender completed a series of residencies at Harlem Hospital, Howard University Hospital, Freedmen’s Hospital and Memorial Hospital for Cancer and Allied Disease. In 1968, he returned to Howard University Hospital to become chief resident. The following year, Callender became an instructor at Howard University. In 1970, Callender served as a medical officer at D.C. General Hospital. He was then invited to Nigeria’s Port Harcourt General Hospital at the end of the country’s Biafran Civil War, where for nine months he fulfilled his life’s goal of becoming a medical missionary. In 1971, Callender received a two-year postdoctoral fellowship through the National Institutes of Health (NIH) to study organ transplant medicine. He studied at the University of Minnesota under Dr. John Najaraian and Dr. Richard Simmons. In 1973, Callender was promoted to the rank of assistant professorship at Howard University Hospital’s medical school and founded the Howard University Hospital Transplant Center. He discovered that the greatest obstacle in transplant medicine was the scarcity of donors and he strove to increase the number of African American organ donors. In 1991, he founded the National Minority Organ Tissue Transplant Education Program (MOTTEP). Two years later, MOTTEP received a $1.2 million in funding from NIH’s Office of Research on Minority Health to develop a minority donor strategic plan and implementation in eleven cities. In 1995, the National Institute of Diabetes and Digestive and Kidney Diseases (NIDDK) awarded National MOTTEP a $5.8 million to expand into fifteen new cities. One year later, Callender was appointed chairman of the Department of Surgery and the first Lasalle D. Lefall, Jr. Professor of Surgery at Howard University College of Medicine.

Callender has served as a spokesperson for organ donation at more than 1000 meetings and is a member of numerous professional societies. He has authored over 125 scientific publications on transplantation. Callender appeared on many national television shows including the Oprah Show, Nightline, CBS Evening News and CNN News. He and his wife Fern, have raised three children: Joseph, Ealena and Arianne.

Clive Callender was interviewed by The HistoryMakers on June 25, 2012.

See how Clive Callender is related to other HistoryMakers
Donate Now
Click Here To Explore The Archive Today!