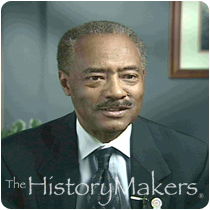 See how Clinton E. Dye, Jr. is related to other HistoryMakers
Donate Now

Clinton Elworth Dye, Jr. was born on April 9, 1942, in Atlanta, Georgia, to Charlotte and Clinton E. Dye, Sr. Dye grew up surrounded by his extended family. He attended Atlanta public schools, graduated from David T. Howard High School in 1960 and then entered Morehouse College. Dye dropped out of Morehouse College after his first year to work for Lockheed Corporation. He returned to Morehouse a year later and received his B.A degree in sociology in 1965.

Dye’s first job was as a case aide for an alcoholism program at Emory University. In 1969, he received his M.A. degree from the Atlanta University School for social work and went on to receive his PhD. Dye has served the community for over forty years in the field of human services. He has held senior management positions at the state and local levels. He was the Director of Economic Opportunity Atlanta. He worked with employee assistance and state mental health programs and in the legislative area.

Dye is a veteran of the Urban League, having served as director of community services with the Atlanta Urban League from 1976 until 1979; and vice-president from 1979 until 1990. In 1990, he held senior management positions in the Georgia Department of Human Resources before returning to the Atlanta Urban League as its president and chief executive officer in April, 2000. He has served on several committees, including the Governor's Advisory Council on Mental Health, State of Georgia; Regional Development Advisory Council, Atlanta Regional Commission; Board of Visitors Grady Memorial Hospital; Georgia Advisory Committee to the U.S. Commission on Civil Rights; and Georgia State University Department of Social Work Community Advisory Board.

See how Clinton E. Dye, Jr. is related to other HistoryMakers
Donate Now
Click Here To Explore The Archive Today!