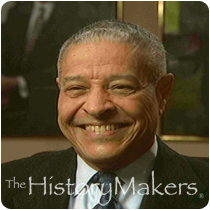 See how Clifton R. Wharton, Jr. is related to other HistoryMakers
Donate Now

Pioneering economist and corporate executive Clifton Reginald Wharton, Jr. was born on September 13, 1926, in Boston, Massachusetts. His father, Clifton R. Wharton, Sr., was the first African American to be named Career Ambassador of the United States Foreign Service where he serviced for over four decades. Being the son of a career diplomat, Wharton spent his early childhood years in the Canary Islands, Spain, being tutored by his mother where he became fluent in Spanish.

Wharton’s professional career began in 1948 working with the Rockefeller family’s philanthropic interests. He specialized in economic development in Latin America with Nelson A. Rockefeller until 1953. After working as a research associate in economics at the University of Chicago from 1953 to 1957, Wharton joined the Agricultural Development Council, an international organization headed by John D. Rockefeller, III, serving as the Council associate in Malaysia from 1958 to 1964. He was the director of the Council’s American Universities Research Program and in 1967 was appointed vice president.

In 1970, Wharton became the first African American president of Michigan State University. After serving as president for eight years, he headed the largest university system in the nation, the State University of New York. During this period, Wharton managed 64 campuses with an enrollment of 370,000 students and an annual budget of more than $2.5 billion. In 1982, Wharton made history again when he was named chairman of the Rockefeller Foundation. In 1987, he became one of the first African American CEOs of a major Fortune 500 company TIAA-CREF, which operates the world’s largest pension funds holding assets of $260 billion. Having received numerous presidential appointments, he was appointed by President Clinton as the Deputy Secretary of State, the first African American to ever hold this second highest foreign policy post.

Wharton is married to the former Dolores Duncan. She is chairman and CEO of the Fund for Corporate Initiatives. She is also a director of Capital Bank and Trust Company in Albany, New York.

The Whartons reside in New York City and have two sons Clifton III, and Bruce.

See how Clifton R. Wharton, Jr. is related to other HistoryMakers
Donate Now
Click Here To Explore The Archive Today!