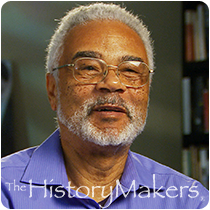 Prior to academia, Carson worked as a laboratory assistant at Los Alamos Scientific Laboratory, an editor for Audience Studies, Inc., a staff writer for the Los Angeles Free Press, and a computer programmer in the Survey Research Center at the University of California, Los Angeles. He joined the faculty of the history department at UCLA as an acting assistant professor in 1971, before being hired as assistant professor at Stanford University in 1974. Caron was promoted to associate professor at Stanford University in 1981. In 1985, Coretta Scott King requested that Carson became senior editor of an ongoing multi-volume project, The Papers of Martin Luther King, Jr.. Carson was promoted to professor of American history in 1991, and became founding director of the Martin Luther King, Jr. Research and Education Institute in 2005. Carson’s academic appointments outside Stanford University include teaching and lecturing in Great Britain, France, China, South Africa, Zimbabwe, and Tanzania; as well as visiting professorships at the American University, the University of California at Berkeley, and Emory University.

Carson contributions include works of fiction and non-fiction, documentaries, and other creative productions. His most notable scholarship includes, The Autobiography of Martin Luther King, Jr. (1998) and In Struggle: SNCC and the Black Awakening of the 1960’s (1981). He served as senior advisor for the Public Broadcasting System’s (PBS) fourteen-part documentary series “Eyes on the Prize”; and as historical advisor for the motion pictures “Freedom on My Mind” (1995), “Chicano!” (1996), and “Blacks and Jews” (1997). Carson, along with Roma Design Group, created the winning proposal in an international competition to design a national memorial for King in Washington, D.C.; and he authored “Passages of Martin Luther King” (1993), a docudrama.

As a member of professional organizations, Carson has been considerably active throughout his career. Those affiliations include: the American Historical Association (AHA), the Organization of American Historians (OAH), the Social Science History Association (SSHA), the Association for the Study of Afro-American Life and History (ASAALH), and the Southern Historical Association. In 1995, Carson received the OAH Frederick Jackson Turner Award for, In Struggle: . In addition, he served as an Andrew Mellon Fellow at Stanford University, the Center for the Study of Civil Rights and Race Relations at Duke University, and the Center for Advanced Study in the Behavioral Sciences at Stanford University.

Carson lives with his wife, Susan Ann Carson, who until her retirement was the managing editor of the King Papers Project, in Palo Alto, California. They have two children: Malcolm Carson, an attorney; and Temera Carson, a social worker.

Clayborne Carson was interviewed by The HistoryMakers on November 7, 2013.