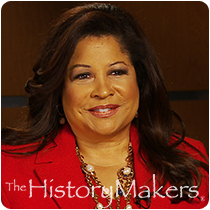 See how Clarice Tinsley is related to other HistoryMakers

From 1975 to 1978, Tinsley worked for WITI-TV in Milwaukee, Wisconsin, where she started as a general assignment reporter, and later became co-anchor of the weekday noon news as well as producer and co-host of two monthly public affairs shows. In 1978, Tinsley was hired as an anchor for the ten o'clock news at KDFW-TV, where she became the longest-serving news anchor in the Dallas/Fort Worth television market. Tinsley has covered a number of major events, including the fall of the Berlin Wall, Operation Desert Storm, and Hurricane Alicia. In 1995, she established “Clarice’s Hometown Heroes,” a weekly KDFW franchise show that salutes volunteers in North Texas. Tinsley has also appeared as a news anchor or reporter in several Dallas-based television productions, including The Good Guys, Prison Break, Walker, Texas Ranger and Wishbone.

Tinsley has received the George Foster Peabody Award, a DuPont-Columbia Citation, two Emmy Awards, three Dallas Press Club Katie Awards, and two Awards of Excellence from American Women in Radio and Television. She has been honored with the Best Investigative Reporting Award from Texas Associated Press, the Texas Headliner Award for Investigative Reporting, the Journalistic Award for Excellence from the American College of Emergency Physicians, the Director's Community Leadership Award from the Federal Bureau of Investigation, the Asante Award from the Dallas Fort Worth Association of Black Journalists, the Dallas Historical Society Award of Excellence for Outstanding Contributions in the Creative Arts, the Mary McLeod Bethune Award from the National Council of Negro Women, and the inaugural “High Tea with High Heels” Award, among others. She was also inducted into the Lone Star Emmy Chapter's Silver Circle.

Clarice Tinsley was interviewed by The HistoryMakers on March 6, 2014.

See how Clarice Tinsley is related to other HistoryMakers
Click Here To Explore The Archive Today!