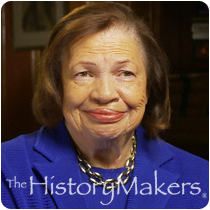 See how Clarice Dibble Walker is related to other HistoryMakers

Professor and commissioner of social services, Clarice Dibble Walker was born on March 31, 1936 in Tuskegee, Alabama. She is the granddaughter of Robert Robinson Taylor, and the daughter of Helen Taylor Dibble, and Dr. Eugene Heriot Dibble, Jr. Walker is the youngest of five children. Her grandfather, Robert Robinson Taylor was born on June 8, 1868. He was the first African American to graduate with a degree in architecture from MIT in 1892. Taylor worked with Booker T. Washington as an architect at Tuskegee University from 1890 until 1930. He has designed several of Tuskegee’s most prominent buildings such as the science buildings, dormitories and the school's chapel. Helen Annetta Taylor was born on October 15, 1901 in Tuskegee, Alabama. She attended Fisk University and graduated with her B.A. in music. Walker’s father Dr. Eugene Heriot Dibble Jr., attended Atlanta University and Howard medical school. He was the head of John Andrew Hospital and served in World War II as Colonel.

Walker attended Chambliss Childrens School in Tuskegee, Alabama and Northfield High School in Massachusetts. She received her B.S. degree from Sarah Lawrence College in Westchester County, New York in 1957. Walker later obtained her M.A. degree from Bryn Mawr Graduate School of Social Work and Social Research. In 1992, she served as Commissioner of Social Services for the Government of the District of Columbia. Walker has worked at Howard University as professor and department chair in the Graduate School of Social Work, Program Development in the Child Development Center, Department of Pediatrics, and the College of Medicine. She has served as visiting lecturer at Bryn Mawr School of Social Work and Social Research. In addition, she has worked as a psychiatric social worker at the University of Montreal General Hospital in Montreal Canada.

Walker has served as Chair of the Distribution Committee of the Survivors Fund, the Research Committee of Prevent Child Abuse America and the Board of Safe Shores. She has also served as Trustee for the Seed Public Charter School, Sarah Lawrence College and Howard University.
Walker is married to George H. Walker, and they have four children together.

See how Clarice Dibble Walker is related to other HistoryMakers
Click Here To Explore The Archive Today!