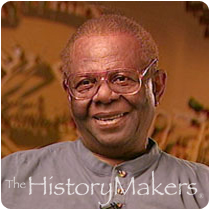 See how Clarence Love is related to other HistoryMakers

Clarence Love was born in Florida on March 20, 1929. His father, Ben, worked as a farmer in the Florida groves, and his mother, Alberta, worked as a domestic to support their large family of six children. The outbreak of World War II compelled Love to drop out of school and search for work to help support his family. During the next four years, he took a series of odd jobs and sent his paychecks home to his parents. Following the end of the war, he returned to school, at the age of sixteen, continuing where he left off in the seventh grade.

Following graduation, Love married and settled in Bradenton, Florida. In Bradenton, he continued to work a series of odd jobs from cleaning buildings to delivering papers. In 1960, he began collecting rent for a local property owner who rented nearly eighty apartment units throughout the city. He continued to serve as rent collector until 1973, when he purchased the apartments.

Love ran successfully for city commissioner, winning the election by eighteen votes. As city commissioner, he was responsible for a number of Section VIII programs and community redevelopment initiatives. Love was also instrumental in getting sidewalks and streetlights installed in some of the city's poorest communities. Love, now retired, has turned his property management business over to his son.

See how Clarence Love is related to other HistoryMakers
Click Here To Explore The Archive Today!