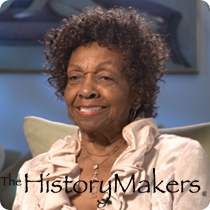 "Are You Sure You Want My Answers?"

Singer Cissy Houston was born Emily Drinkard on September 30, 1933 in Newark, New Jersey to Delia Mae McCaskill Drinkard and Nicholas Drinkard. With her father’s encouragement, Houston formed the gospel singing group The Drinkard Four with her sister, Anne, and her brothers, Larry and Nicky. The group performed regularly at New Hope Baptist Church in Newark. When Marie Epps, Ann Moss, and Houston’s sister, Lee Drinkard, joined them, the group was renamed The Drinkard Singers.

In 1957, Houston performed with The Drinkard Singers at the Newport Jazz Festival in Newport, Rhode Island. Two years later, their live album A Joyful Noise was released on RCA Records, making it the first gospel record to appear on a major label. In 1963, Houston cut her first solo record This Is My Vow on M&M Records under the name Cecily Blair. That same year, she formed The Sweet Inspirations with Doris Troy and nieces Dee Dee Warwick and Dionne Warwick. Houston released several solo singles until 1967, when The Sweet Inspirations, then composed of Sylvia Shemwell, Estelle Brown, and Myrna Smith, released their self-titled debut album on Atlantic Records. They also sang backup for Aretha Franklin and Van Morrison. In the coming years, the group recorded Songs of Faith & Inspiration (1968), What the World Needs Now is Love (1968), Sweets for My Sweet (1969) and Sweet Sweet Soul (1970), as well as accompanied Yusef Lateef, Jimi Hendrix, George Benson, Wilson Pickett, Dusty Springfield, Brook Benton, Dee Dee Warwick and Carmen McRae. After working with Elvis Presley in 1970, Houston decided to leave the group to spend time with her three children and focus on her solo career. That year, she released her debut solo LP, Presenting Cissy Houston on Janus Records. Houston remained with Janus Records until 1975, when she left to work with jazz flutist Herbie Mann. Houston then appeared in The Wiz (1978) and recorded Cissy Houston (1977), Think It Over (1978), and Step Aside for a Lady (1980).

There were several successful singers in Houston’s family, including daughter Whitney Houston, nieces Dee Dee Warwick and Dionne Warwick, and renowned soprano Leontyne Price, who was a cousin of the Drinkard family. Houston was appointed the founding president and CEO of the Whitney Houston Foundation for Children in 1988. Houston received two honorary doctorates, as well as the Medal for Distinguished Humanitarian Leadership, and the Rhythm and Blues Foundation Pioneer Award. In 1997 and 1998, Houston won the Grammy Award for Best Traditional Gospel Album for Face to Face (1996) and He Leadeth Me (1997).

Cissy Houston was interviewed by The HistoryMakers on December 13, 2016.