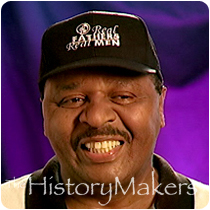 See how Chuck Barksdale is related to other HistoryMakers

Born on January 11, 1935 in Chicago, Chuck Barksdale is one of the original members of the R&B group the Dells. The Dells (originally known as the El-Rays) were formed in 1952 at Thornton High School in Harvey, Illinois, while the five members (Marvin Junior, Johnny Funches, Verne Allison, Michael McGill and Barksdale) were students.

The group's first hit came in 1956 with "Oh What a Night" which they also famously performed at the Apollo Theater in New York. Although the Dells were a doo-wop group they had continued success all the way through the 1990s. Between 1956 and 1992, the Dells chocked up a total of 46 hits on the Billboard and R&B singles charts, including such classics as "Oh, What a Night", "Stay In My Corner", "Always Together", and "Give Your Baby a Standing Ovation." After the success of "Oh What a Night", the Dells performed for two years as the opening act for Dinah Washington. The group also sang back up on Washington's record "Tears and Laughter." Next, the Dells joined Ray Charles and toured as his opening act.

The Dells also experienced their share of set backs. A tragic car accident in 1958 nearly broke the group up. Michael McGill was seriously injured and Johnny Funches never returned to the group. They reunited in 1960 with Johnny Carter taking over the role of lead singer. During the group's hiatus, Barksdale briefly sang with the Moonglows, a group that also included the late Marvin Gaye. Barksdale returned to the group later in the 1960's and has performed with the group for over fifty years. Much of the recent interest in the group can be attributed to Robert Townsend's 1991 film "The 5 Heartbeats" which is based on the music and the lives of the Dells. The group was inducted to both the Vocal Group Hall of Fame and the Rock & Roll Hall of Fame in 2004 and they still perform to this day.

Chuck Barksdale was interviewed by The HistoryMakers on November 9, 2000.

See how Chuck Barksdale is related to other HistoryMakers
Click Here To Explore The Archive Today! 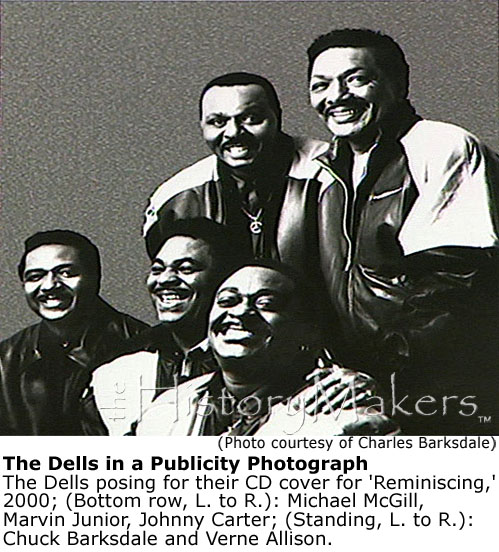 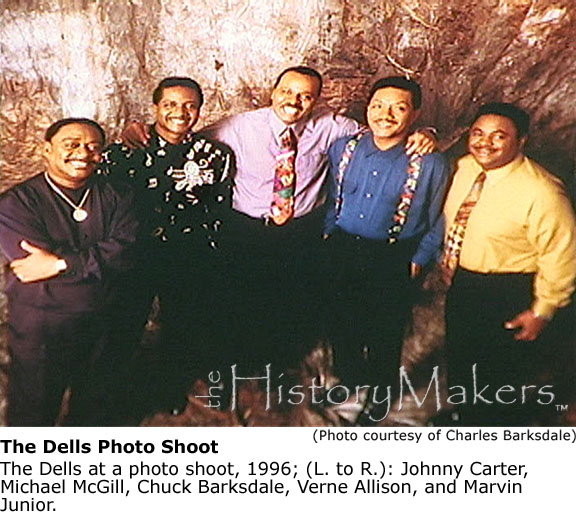