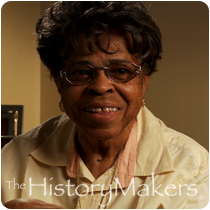 In 1952, Shack became a document custodian for Project Matterhorn B, a magnetic fusion research project under the direction of Lyman Spitzer, Jr. at the Princeton Plasma Physics Laboratory. Shack was in charge of filing and transferring top secret documents at the laboratory. After Project Matterhorn, Shack went back to school to earn her Ph.D. from Rutgers University in New Jersey. In the late 1960’s, Shack began working for the New Jersey State Department of Education in Trenton. She then moved to Michigan where she worked in the Department of Vocational Education in Lansing. While in Michigan, Shack contributed a chapter to a publication funded by the Michigan Business Education Association on business curriculum. In 1981, she was named president of Highland Park Community College and was the first woman president of a community college in Michigan.

Shack has served in several capacities as a leader of The Girl Friends, Inc. including as national secretary, parliamentarian, national advisory board chair, president of the Girl Friends’ fund, national budget chair, and national president in 1978. She was profiled in the book They Made It – So Can You, showcasing her career development and was the subject of a senate concurrent resolution praising her academic accomplishments in 1981. She also served on several business associations including the United Business Education Association and chaired their Consumer Economics board.

Chrystine Shack was interviewed by The HistoryMakers on July 24, 2010.

See how Chrystine Ramsey Shack is related to other HistoryMakers
Donate Now
Click Here To Explore The Archive Today!