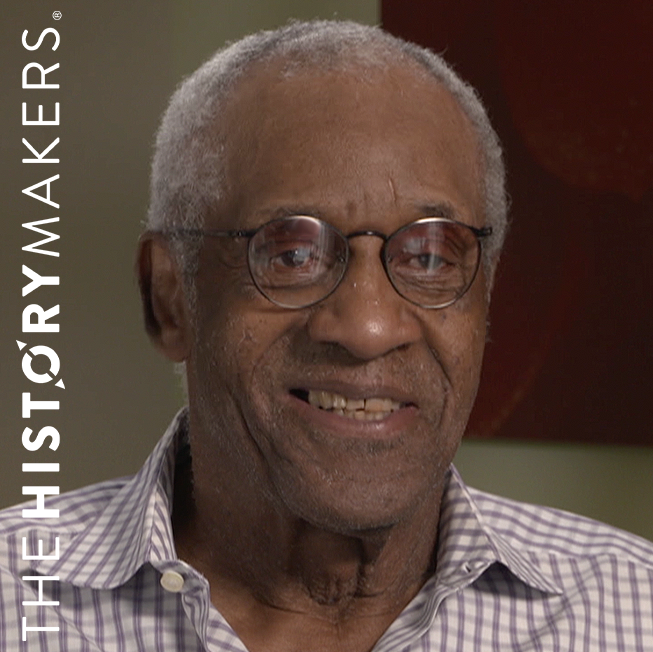 Basketball player Chester “Chet” Walker was born on February 22, 1940 in Bethlehem, Mississippi to John and Regenia Walker. He attended Benton High School in Benton Harbor, Michigan, where he played basketball and graduated from in 1958. Walker then attended Bradley University in Peoria, Illinois where his basketball team won the 1960 NIT Championship and he was named a two time All-American before graduating in 1962.

Walker was selected by the Syracuse Nationals in the 1962 NBA Draft as the twelfth overall pick; and in his first season, he was named to the NBA All-Rookie First Team. In 1963, the Nationals moved to Philadelphia and became the 76ers. Walker played in the 1964, 1966, and 1967 All-Star Games before winning his only NBA Finals Championship in six games in 1967 against the San Francisco Warriors. After two more seasons with the 76ers, Walker was traded to the Chicago Bulls in 1969. He played six seasons with the Bulls, playing in four more All-Star games in 1970, 1971, 1973, and 1974. He led the NBA with a free throw accuracy rate of 85.9 percent in the 1970–71 season, and ranked among the top ten free throw shooters five other times. Walker retired from professional basketball in 1975 after the Bulls refused to raise his salary or release or trade him. During his career, he scored 18,831 points and only twice did his scoring average drop below fifteen. He joined the short list of players appearing in more than 1,000 games, never missing the playoffs or more than six games in any season. After retiring from the NBA, Walker began producing films through his firm, Chet Walker Productions. His works include a 1980 NBC miniseries called “Freedom Road,” starring Kris Kristofferson and Muhammad Ali; a movie titled The Fiendish Plot of Fu Manchu, starring the late comedian Peter Sellers in 1983; and a 1989 made-for-TV movie called A Mother’s Courage: The Mary Thomas Story, which detailed the life of the NBA Hall of Famer Isiah Thomas’ mother and their struggles on the West Side of Chicago, and later won an Emmy. Walker also wrote a memoir called Long Time Coming: A Black Athlete's Coming-Of-Age in America, which was published in 1995.

In 1996, Walker was named amongst the NBA’s list of the fifty greatest players in history in honor of the league’s fiftieth anniversary. He was later inducted into the Naismith Memorial Basketball Hall of Fame in Springfield, Massachusetts in 2012.

Chester “Chet” Walker was interviewed by The HistoryMakers on October 14, 2019.