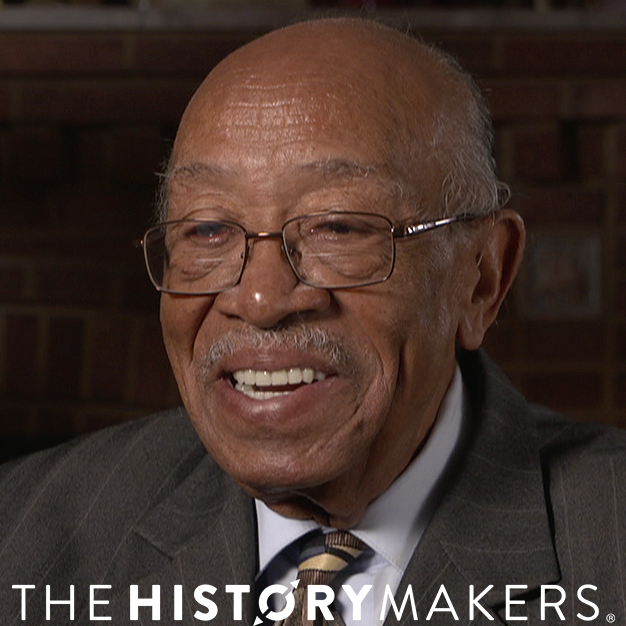 Entrepreneur and city council member Chester Owens, Jr. was born on April 9, 1933 in Ashdown Arkansas to Francis and Chester Owens, Sr. The family moved to Kansas City, Kansas in 1946 where Owens graduated from Sumner High School in 1949. He then attended Sumner Junior College until 1951 when he joined the United States Air Force and was deployed to Japan. Owens was honorably discharged as a staff sergeant in 1955, and subsequently completed his B.S. degree in business administration at Pittsburg State University in Pittsburg, Kansas, graduating from there in 1958.

In 1959, Owens was hired as an underwriter and salesman at the insurance agency H.W. Sewing & Co. in Kansas City, Kansas. He worked here until 1961 when he joined General Motors. After one year, Owens returned to H.W. Sewing & Co. as an underwriter and salesman. In the early 1960s, he worked with the Northwest District Citizens Committee and the NAACP to desegregate the downtown shopping district. As chairman of the NAACP’s Labor and Industry Committee from 1960 to 1963, Owen’s and his late wife, Lillie Anne, wrote letters to local business owners and organized pickets of stores refusing to hire African Americans. In 1976, Owens bought H.W. Sewing and Co. from the founder, Henry Warren Sewing, and served as president of the agency. In 1983, he was elected to the City Council of Kansas City, Kansas, making him the first African American elected to Kansas City government in the 20th century. He served two terms on the council, during which time he also briefly served as deputy mayor in 1984. Owens retired as president of H.W. Sewing and Co. in 1998.

Owens is the recipient of numerous awards, including the Kansas City, Kansas Leadership Award in 1989, of which he was the first ever recipient; being named amongst the Kansas City Globe’s One Hundred Most Influential Citizens in 1990; the 2012 Outstanding Leadership Award presented by the Kansas House of Representatives; being named in the Kansas City, Kansas USD 500’s 2012 Reasons to Believe; the NAACP Civil Rights Award; and the Friends of Yates’ Black Man of Distinction Award. Owens has also been honored through the naming of the Chester C. Owens Sumner Alumni Room and The Chester Owens Jr. Construction Skills Training Center, which houses a U.S. Department of Labor-run program called YouthBuild, both named in 2011.

Chester Owens, Jr. was interviewed by The HistoryMakers on November 5, 2019.