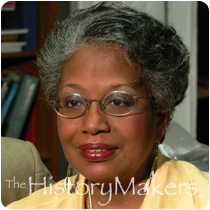 Children’s book publisher and author Cheryl Willis Hudson was born on April 7, 1948 in Portsmouth, Virginia to Hayes Elijah Willis, III, an insurance executive, and Lillian Watson Willis, an educator. Hudson attended Oberlin College and graduated cum laude in 1970. The following summer, she enrolled in a summer publishing procedures course at Radcliffe College in Cambridge, Massachusetts. In the fall of 1970, Hudson began working as an art editor in the educational division of Houghton Mifflin in Boston. She and Wade Hudson, a writer, met in Cambridge in 1971 and began collaborating on children’s book ideas. In 1972, she and Hudson were married, and they subsequently moved to New Jersey to live while Wade was enrolled in Channel 13’s film and television training program in New York City. Cheryl continued her career as a graphic designer at Macmillan Publishing Company in New York City and at Arete Publishing in Princeton, New Jersey.

In 1976 the Hudsons first child, Katura, was born and after failing to obtain African American art to ornament her nursery’s walls, Hudson decided to create her own designs. Ultimately, she was inspired to create a children’s book, and although she and Hudson attempted to shop it around to various publishing companies, they were unsuccessful. In 1982, Hudson again gave birth to the couple's second child, Stephan J. Hudson, and three years later, the couple again revived their idea of creating African American children’s art.

In 1985, the Hudsons developed the AFRO-BETS kids, black characters who would twist themselves into the shape of the alphabet. Two years later, after further rejections from various publishers, they invested $7,000 and self-published it. The couple received attention from leading education magazines and black bookstores, which carried the books. After the AFRO-BETS books sold out within three months, the Hudsons founded Just Us Books, Inc., an independent publishing company that publishes books and educational material for children that focus on black history, experiences and culture.

Cheryl Hudson handled the editorial aspects, while her husband served as president of the company, managing the business and marketing aspects. As director of editorial operations she works with authors and artists, and has helped many young aspiring book creators get their start in the publishing industry.

In 1990, Just Us Books, Inc. introduced a bi-monthly newspaper for young people entitled Harambee, which would later win a parent’s choice award. Throughout the 1990s, Just Us Books continued to publish critically acclaimed children’s literature, including Bright Eyes, Brown Skin, Jamal’s Busy Day, Annie’s Gifts, When I Was Little, Ziggy and the Black Dinosaurs and Kid Caramel, the first contemporary mystery series to focus on young, black male characters. In 1997, Income Opportunities Magazine named the Hudsons “Small Business Pioneers of the Year.” In 2004, they began the Sankofa Books imprint, which publishes Black classics for children and young adults that are no longer in print.

Hudson is an award-winning author of more than twenty books for children. They include Bright Eyes, Brown Skin, Hands Can, the What A Baby series, Many Colors of Mother Goose, Come By Here, Lord, Everyday Prayers for Children and Langston’s Legacy. A graphic artist, Hudson has designed a number of books published by Just Us Books.

When she’s not writing, editing or art directing children’s books, Hudson is active in her community and publishing industry organizations. She serves on the advisory boards of the Small Press Center and the Langston Hughes Library at the Alex Haley Farm, operated by the Children’s Defense Fund. She is also a member of the Author’s Guild, PEN America and the Society of Book Writers and Illustrators. Among her accolades are the Stephen Crane Award and induction into the International Literary Hall of Fame for Writers of African Descent in 2003. Hudson also serves as a diversity and parenting expert for ClubMom.com.

Hudson was interviewed by The HistoryMakers on April 28, 2007.