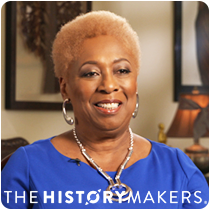 "When Working With People, If You Want To Take Them Where You THINK They Need To Go, You Need To Meet Them Where They Are."

Burke went on to work for Overby-Shepard Middle School in 1981, but returned to Clark Springs Elementary School, where she taught the third and fourth grades for several years. She was then hired as a teacher specialist at Ginter Park Elementary School in 1991. In 1996, Burke became the principal of Chimborazo Elementary School. To improve the learning environment at the school, Burke completed the school development program at Yale University. Under her leadership, Chimborazo became the first elementary school in central Virginia to offer the International Baccalaureate primary years program. She also oversaw the installation of the city’s storm water rain garden as well as an additional floral and vegetable garden, which included an outside classroom. To reward students and staff for their hard work, Burke secured funding from organizations like Central Fidelity Bank, the PASS Initiative, and Dominion Bar Association to plan field trips to Nassau, Bahamas and the White House during President Barack Obama’s tenure. She retired as principal in 2014, but continued to work as a substitute administrator with Richmond Public Schools.

Burke was appointed as an interim board representative for the seventh district of the Richmond Public School board in October 2017. She was also a member of The Links Inc. Richmond chapter for many years. She has served on numerous boards, including the board of trustees of The Richmond Ballet of Virginia, the board of directors of Big Brothers Big Sisters of Greater Richmond, and The HistoryMakers National Advisory Board.

Cheryl Lewis Burke was interviewed by The HistoryMakers on January 19, 2018.