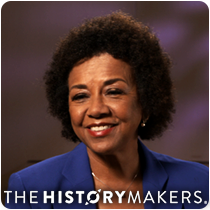 Entertainment executive Cheryl Boone Isaacs was born on August 8, 1949 in Springfield, Massachusetts. After graduating from Classical High School in 1967, she earned her B.A. degree in political science from Whittier College in Whittier, California in 1971.

After graduation, Boone Isaacs worked as a flight attendant for Pan American Airways. In 1977, she moved to Los Angeles, California and began working in publicity at Columbia Pictures, where she served on the publicity team for Steven Spielberg’s Close Encounters of the Third Kind. The following year, Boone Isaacs was hired as coordinator of marketing and publicity at Milton Goldstein’s Melvin Simon Productions, where she served for five years and was eventually promoted to vice president. In 1983, Boone Isaacs was named director of advertising and publicity for The Ladd Company, where she worked on films such as Once Upon a Time in America, The Right Stuff, and the box office hit Police Academy. In 1984, she was named director of west coast publicity and promotion for Paramount Pictures. Later, she became executive vice president of worldwide publicity for Paramount Pictures, where she oversaw the marketing campaigns for Academy Award Best Picture winners Forrest Gump and Braveheart. In 1997, Boone Isaacs was named president of theatrical marketing for New Line Cinema, and became the first African American woman to head a studio marketing department, where she promoted Austin Powers: The Spy Who Shagged Me, The Wedding Singer and Boogie Nights. In 2000, she founded CBI Enterprises, Inc., and worked on publicity for The King's Speech and The Artist. In 2013, Boone Isaacs produced the multi-award-winning documentary Tough Ain't Enough: Conversations With Albert S. Ruddy, which highlighted the life and career of the two-time Oscar-winning producer.

Cheryl Boone Issacs was interviewed by The HistoryMakers on December 13, 2018 and November 21, 2019.