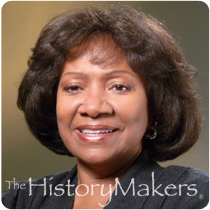 See how Cheryl Blackwell Bryson is related to other HistoryMakers

From 1976 to 1980, Bryson worked as a labor law associate for the law firm Friedman & Koven. She was then an associate at Katten, Muchin & Zavis, in Chicago, Illinois from 1980 through 1989. Bryson also worked as the Deputy Corporation Counsel for the City of Chicago Law Department where she established the Labor Relations Division and directed contract administration and collective bargaining for the city's 35,000 unionized employees. From 1989 to 1992, Bryson was a partner at the law firm of Bell, Boyd & Lloyd, in Chicago. She was a partner at Rivkin, Radler & Kremer from 1992 to 1995 and at Holleb & Coff from 1995 to 1999. Since 1999, Bryson was a partner at Duane Morris LLP where she was head of the Chicago office's Employment Law and Management Labor Relations Practice and a former member of the firm’s board of managers. A frequent author and lecturer on labor and employment law issues, Bryson was a member of the Labor and Employment Law Section of the American Bar Association, the Labor and Employment Law Committee of the Chicago Bar Association and the Cook County Bar Association. She successfully defended both public and private sector employers from unfair labor practice charges and directed employer's strike planning when a union threatened to strike. Bryson also successfully defended a major bank before the Chicago Commission on Human Relations against claims of sexual discrimination. She counseled a client in the securities industry on efforts to coach senior executives on effective management strategies, reductions in force, workforce restructuring and litigation avoidance.

Bryson served on numerous boards as an advisor and trustee including The DuSable Museum of African-American History, The Neighborhood Institute Development Corporation, and the Cook County Economic Development Advisory Committee. In addition, Bryson was part of Illinois Governor Rod Blagojevich’s transition team. She was the recipient of numerous awards including the Hermann Sweatt Award from the National Bar Association in 2007.

See how Cheryl Blackwell Bryson is related to other HistoryMakers
Click Here To Explore The Archive Today!