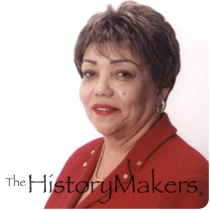 See how Charlestine Fairley is related to other HistoryMakers

Academic administrator and social activist Charlestine Romelle Dawson Hickson Fairley was born on July 24, 1938 in Greenville, Mississippi to Ida Harris Dawson and Kemp Dawson. She was educated in Gulfport, Mississippi, where she graduated from 33rd Avenue High School in 1956. She briefly attended Tougaloo College in Tougaloo, Mississippi before transferring to Southern University in Baton Rouge, Louisiana. During a summer break she met William F. Hickson, Jr. a dental student at Meharry Medical College. After a year of courtship, Fairley dropped out of college to move to Nashville, Tennessee to marry Hickson. After the birth of the couple's three children--Nina, Franklin, and Oneal-- Fairley returned to college, completing her B.A. degree in sociology at Delaware State College in 1963. Following her graduation, Fairley worked for the Burlington County, New Jersey Welfare Department as a case worker. Fairley returned to school, earning her M.Ed. degree in counseling from South Carolina State College in 1969 and her Ph.D. degree in education from the University of South Carolina in 1990.

Fairley taught and worked as a special services counselor at Claflin College from 1968 to 1973, when she became coordinator of its Upward Bound and Special Services program. Fairley then directed Claflin's Special Programs for Disadvantaged Students until leaving in 1986 to direct the Upward Bound program at the University of South Carolina. Because Fairley shared the same disadvantaged background as her students, she was especially effective in connecting with them. Her programmatic innovations with Upward Bound's TRIO Achievers were incorporated into the program at the national level. Fairley married Richard L. Fairley in 1989, the same year that she was appointed as a consultant for the U.S. Department of Education Fund for the Improvement of Post-Secondary Education (FIPSE). Fairley then shifted her career focus to the administration of government substance abuse prevention services, joining the U.S. Department of Health and Human Services in 1990 as a program officer in the Office of Substance Abuse Prevention. Two years later, Fairley and her husband moved to Annapolis, Maryland, where she directed Prevention Services for the Anne Arundel County Department of Health until 1997. She coordinated the Anne Arundel County Executive's Criminal Justice Drug Intervention Program from 1998 to 1999. She worked concurrently as a trainer for Maryland's Office of Education and Training for Addiction Services. During this time, she was also an adjunct professor at Nova University and Bowie State University's College of Business, and part-time coordinator of the Annapolis campus of Sojourner-Douglass College. Fairley has served as the full-time director of the Sojourner-Douglass College, Annapolis Campus since 1993.

Fairley is a life member of Delta Sigma Theta Sorority, the National Council of Negro Women, the National Association for the Advancement of Colored People (NAACP) and the American Association of University Women. She is also a member of The Links, Inc., Annapolis Chapter and the 21st Century Club of Annapolis. Fairley belongs to the First Presbyterian Church of Annapolis.

Charlestine Fairley was interviewed by The HistoryMakers on April 25, 2007.

See how Charlestine Fairley is related to other HistoryMakers
Click Here To Explore The Archive Today!