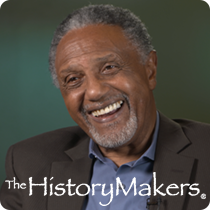 Actor and artistic director Charles Weldon was born on June 1, 1940 in Wetumka, Oklahoma to Beatrice Jennings. At the age of seven, his family moved to Bakersfield, California, where he worked in nearby cotton fields until the age of seventeen, when he joined the local doo-wop group, The Paradons.

After the success of their 1960 hit single, “Diamonds and Pearls,” The Paradons dissolved, and Weldon went on to perform with the soul group, Blues For Sale, before discovering his love of acting. Weldon’s sister, actress Ann Weldon, introduced him to the theater group Dialogue Black/White and playwright Oscar Brown, Jr. After appearing in the musical Hair at the Geary Theater in San Francisco, California, Weldon accepted Brown’s invitation to perform in Buck White, appearing alongside Muhammad Ali in his only Broadway appearance. In 1970, Weldon joined the Negro Ensemble Company and performed in Joseph Walker’s Ododo. In 1973, he starred in Paul Carter Harrison’s The Great MacDaddy and played Skeeter in Joseph Walker’s The River Niger. Weldon reprised the role in the 1976 film adaptation with stars James Earl Jones and Cicely Tyson. He also appeared in several other films including Who's Minding the Mint? (1967), Serpico (1975), Stir Crazy (1980), Fast Walking (1982), Spike Lee’s Malcolm X (1992), and The Wishing Tree (1999). He appeared in several television mini-series, including A Woman Called Moses (1978) and Roots: The Next Generation (1979). His television credits also include Sanford and Son, Hill Street Blues, Kojak, St. Elsewhere, L.A. Law, and Law & Order.

Co-founder of the Negro Ensemble Company, Inc.’s Alumni Organization, Weldon received the Audelco Award for best supporting actor, the Remy award for best leading actor, and the 2006 Henry Award for the Best Supporting Actor in August Wilson’s Gem of the Ocean.