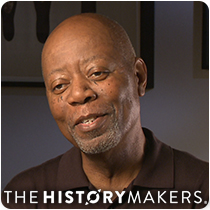 See how Charles Ward is related to other HistoryMakers
Donate Now

Lawyer and nonprofit executive Charles Ward was born on September 20, 1946 to Francis Lewellen Crowe and Mattie Sue Branch. He received his B.A. degree from California Western University in San Diego and obtained his J.D. degree from the University of San Diego School of Law in 1971. He served as a legislative research coordinator for the founding contingent of the Congressional Black Caucus in Washington, D.C., before Congressman Ronald Dellums appointed him his Chief-of-Staff in 1971. In 1974, Ward became a staff attorney for the Federal Communications Commission.

In 1975, Ward moved to the San Francisco, where he joined the entertainment law firm of Rohan & Stepanian. That year, he also served as an administrator for the University of California, Berkeley’s Summer Program for Minority Journalists. After leaving Rohan & Stepanian in 1983, Ward was named Director of Programming at Times Mirror Cable, Inc. He remained there for nine years, and helped to negotiate carriage agreements with HBO, CNN, ESPN and others, and rose to the position of Vice President of National Marketing & Programming. After leaving Times Mirror in 1992, Ward worked as an independent cable programming and book publishing consultant until 1996, when he became Director of Marketing and Corporate Sponsorships at the San Francisco Jazz Festival. Ward oversaw a campaign to rebrand the festival as SFJAZZ; helped launch a spring subscription series; instituted a corporate sponsorship program; and oversaw the distribution of six compilation albums. After leaving SFJAZZ in 2001, Ward was named Senior Vice President of Institutional Advancement at the Family Service Agency of San Francisco in 2002. In 2005, he accepted the position of Director of Development and Corporate Sponsorships for the Yerba Buena Center for the Arts, where he was subsequently named Chief Development Officer.

Ward has served on the boards or advisory committees of the Museum of the African Diaspora, which opened in 2005; SF Travel, a nonprofit organization that oversees San Francisco’s Moscone Center; Baycat in the Bayview-Hunters Point community; the Young Musicians Choral Orchestra at U.C. Berkeley; and the Mechanics Institute in San Francisco’s Financial District. He was also appointed by then-Mayor Willie L. Brown to serve on the San Francisco Human Rights Commission from 2001 to 2005, and by the San Francisco district attorney, Kamala Harris, to serve on the city’s Ethics Commission in 2012.

Charles Ward was interviewed by The HistoryMakers on December 13, 2015.

See how Charles Ward is related to other HistoryMakers
Donate Now