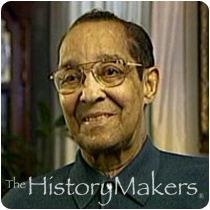 See how Charles T. Duncan is related to other HistoryMakers

Duncan began his legal practice in New York, but by 1953 he had moved back to Washington, D.C., to practice with the law firm of Reeves, Robinson & Duncan. While there, he worked on the second brief presented to the U.S. Supreme Court in the case of Brown v. Board of Education. During that time, Duncan was a lecturer at Howard University Law School between 1954 and 1960. In 1961, Duncan became the principal assistant U.S. attorney for the District of Columbia, and in 1965, he was appointed the first general counsel of the U.S. Equal Employment Opportunity Commission. He then went to work for the District of Columbia as corporation counsel, where he oversaw all of the legal affairs of the district and was second in line to the mayor. Duncan returned to private practice in 1970 to work for the firm of Epstein, Friedman, Duncan & Medalie.

Returning to Howard University in 1974, Duncan became dean of Howard University's School of Law, a position he held until 1977. He continued to teach for another year before returning to private practice in 1978, and in 1984 he joined the firm of Reid & Priest as a partner, serving as senior counsel for the firm from 1990 to 1994. Appointed by the secretary of state to the Iran-United States Claims Tribunal in 1994, he lived in the Hague in the Netherlands until leaving the post in 2000. Currently, Duncan works as a senior trustee for the NAACP Legal Defense and Education Fund.

Duncan has served on the board of directors of several companies, including Proctor & Gamble and Eastman Kodak. He is a former trustee of the Supreme Court Historical Society and has served on the boards of the Washington Urban League and the Columbia Hospital for Women, among others. Duncan's first wife, Dorothy, with whom he had one son, died in 1972. He and his wife, Pamela, reside in Maryland.

See how Charles T. Duncan is related to other HistoryMakers
Click Here To Explore The Archive Today!