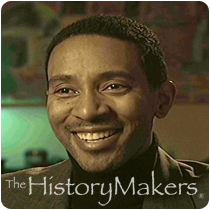 See how Charles Randolph-Wright is related to other HistoryMakers

In 1979, Randolph-Wright relocated to New York City where he was cast in Pippin and in the original cast of Dreamgirls. Randolph-Wright has built a dynamic and diversified career in performing, producing, directing and writing for theater, television, and film. He was the producer and writer for the Showtime cable television series Linc’s. Randolph-Wright’s musical staging has been seen on a variety of programs, including The Golden Girls. Randolph-Wright’s direction of Senor Discretion Himself won the Helen Hayes Award for the Best Musical. He made his film directorial debut in 2006 with Preaching to the Choir, which won feature prizes at the ninth annual American Black Film Festival.

Randolph-Wright serves on the board of directors of the Roundabout Theater and the artistic board at Duke University. He is also a founding member of the Wright Family Foundation of South Carolina. After learning that an ancestor was a free man during slavery, this foundation converted the family’s former funeral home into a family history museum.

See how Charles Randolph-Wright is related to other HistoryMakers
Click Here To Explore The Archive Today!