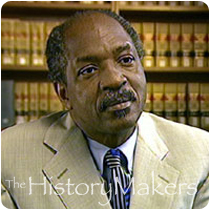 See how Charles Ogletree is related to other HistoryMakers

Outspoken civil rights attorney and educator Charles Ogletree was born December 31, 1952, in Merced, California. Ogletree graduated with distinction from Stanford University with a B.A. in 1974 and an M.A. one year later, both in political science. At Stanford, his civil activism was born. Ogletree attended Harvard Law School, where he worked as editor of the Harvard Civil Rights-Civil Liberties Law Review and on the board of the Harvard Prison Legal Assistance Program. Earning his J.D. in 1978, Ogletree was also national chairperson of the Black American Law Students Association.

Upon graduation from Harvard Law School, Ogletree began his career working for the Washington, D.C., Public Defender's Office. At the time of his departure in 1985, he had risen to the position of deputy director. Between 1982 and 1984, Ogletree began teaching law as an adjunct professor at both Antioch Law School and American University School of Law. In 1985, Ogletree became a partner in Jessamy, Fort & Ogletree, and remains today counsel to Jessamy, Fort & Botts. In 1989, Ogletree returned to his alma mater as an assistant professor of law. He was also given responsibility for overseeing Harvard Law School's trial advocacy workshop. Today, Ogletree works as faculty director of clinical programs, associate dean for clinical programs and the Jesse Climenko Professor of Law.

Ogletree's career has focused on securing equal rights for everyone. He was on the team that represented Anita Hill during the Clarence Thomas confirmation proceedings. He is also active in the area of reparations to the descendants of slaves, such as the survivors and descendants of the Tulsa race riot of 1921. Ogletree has filed suit on behalf of the survivors of that incident in federal court.

Ogletree continues to serve as a television commentator and moderator. He is chairman of the Stanford University Task Force on Minority Alumni Relations, a founding member of the Harvard Law School Black Alumni Association and chairman of the Southern Center for Human Rights Committee. Ogletree has been named one of the 100 Most Influential Lawyers in America by The National Law Journal. He also is the recipient of numerous awards and honorary degrees including the NAACP's Universal Humanitarian Award.

Ogletree and his wife, Pamela, have two children. They live in Cambridge, Massachusetts.

See how Charles Ogletree is related to other HistoryMakers
Click Here To Explore The Archive Today!