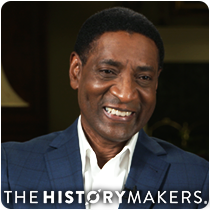 See how Charles O. Stewart is related to other HistoryMakers

Stewart worked in accounting for the Teletype Corporation from 1968 to 1971 before being hired at First Commercial Bank as a financial officer. In 1981, he was promoted to senior vice president. In 1997, he left First Commercial Bank and joined Regions Financial Corporation as senior vice president and corporate director of community development and served there for ten years. In 2007, he was promoted to executive vice president of Regions Bank and then he became interim chief executive officer of Heifer International in 2009. In 2014, he founded Stewart Real Estate Development and served as its chief executive officer.

Stewart was a founding board member of Little Rock Preparatory Academy and also served on the board of Heifer International as chair and vice chair as well as on the boards of the Federal Small Business Advisory Council, the Arkansas Interest on Lawyers Trust Accounts (IOLTA) Foundation, Arkansas Repertory Theater, Philander Smith College, the Health Policy Board of the Arkansas Center for Health Improvement, and the Arkansas State Police Commission. He was also an advisory board member of the National Institutes of Health of Washington, D.C, and on the boards for the National Conference for Community and Justice (NCCJ), the Governor's Blue Ribbon Committee on Higher Education. He also served as the founder and chair of the Arkansas Black Hall of Fame.

Stewart has earned many honors including the NAACP Black Corporate Executive Award, The Empowerment Award from the African Women’s Health Project International, the Mrs. David Terry Humanitarian Award, the Outstanding Young Executive Award from the Greater Little Rock Chamber of Commerce, the President’s Award from the University of Arkansas, Little Rock, the National Conference for Community and Justice Humanitarian Award, and in 2006, the executive conference room at Heifer International was named in his honor.

Charles O. Stewart was interviewed by The HistoryMakers on September 18, 2017.

See how Charles O. Stewart is related to other HistoryMakers