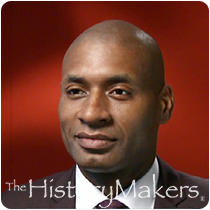 See how Charles M. Blow is related to other HistoryMakers
Donate Now

Upon graduation from Grambling State University in 1991, Blow was hired as a graphic artist for The Detroit News. He then joined The New York Times in 1994 as a graphics editor and subsequently became the paper’s graphics director, a position he held for nine years. Blow was later appointed as The New York Times’ design director for news before leaving in 2006 to become the Art Director for National Geographic magazine. In 2008, Blow returned to The New York Times, where he was named the paper’s first visual op-ed columnist. His column appeared twice-a-week, and he wrote a blog entitled "By The Numbers" for the newspaper's website. Blow also served as a CNN commentator, and appeared on MSNBC, CNN, Fox News, the BBC, Al Jazeera, and HBO.

While at The New York Times, Blow led the paper to a best of show award from the Society of News Design for its information graphics coverage of 9/11, the first time the award had been given for graphics coverage. He also led the newspaper to its first two best in show awards from the Malofiej International Infographics Summit for work that included coverage of the Iraq war. Since 2011, Blow has been ranked on The Roots’ Top 100 most influential people list. In addition to these honors, he was one of the leading voices on the Trayvon Martin case in the first half of 2012.

His memoir, Fire Shut Up in My Bones, was published in 2014.

Blow lives in Brooklyn with his three children.

Charles M. Blow was interviewed by The HistoryMakers on September 11, 2014.

See how Charles M. Blow is related to other HistoryMakers
Donate Now
Click Here To Explore The Archive Today!