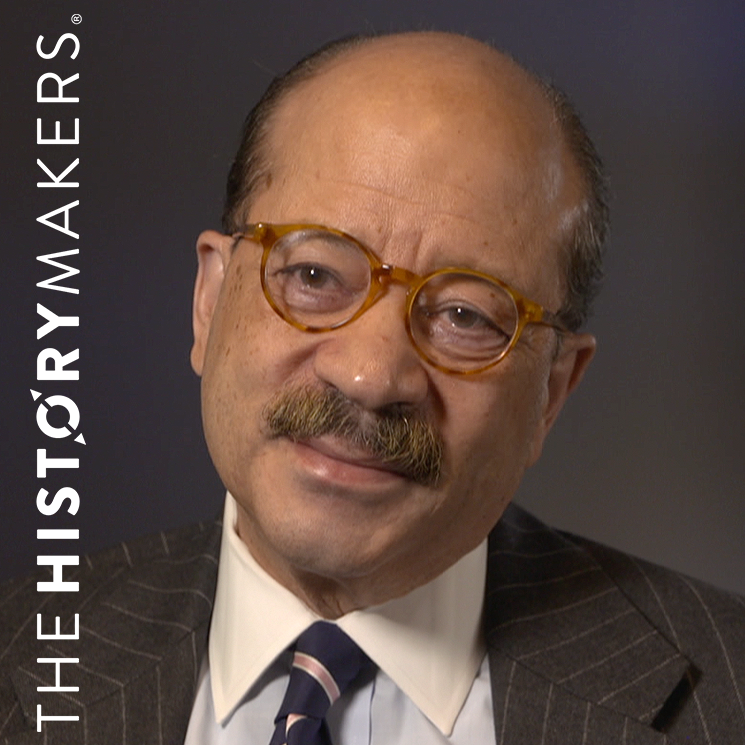 See how Charles J. Hamilton, Jr. is related to other HistoryMakers
Donate Now

Lawyer Charles J. Hamilton, Jr. was born on October 16, 1947 in Pittsburgh, Pennsylvania to Geraldine Alma Taylor and Charles Jordan Hamilton, Sr. He received his A.B. degree in government from Harvard College in 1969; and then received a Henry Russell Shaw Fellowship to study at the Doxiadis Institute in Athens, Greece. In 1975, Hamilton obtained his J.D. degree from Harvard Law School, where he served on the Civil Rights-Civil Liberties Law Review. He also received his M.C.P. degree from the Massachusetts Institute of Technology.

From 1983 to 2000, he served as partner at the law firm of Battle Fowler, LLP before joining the law firm of Paul Hastings Janofsky & Walker, LLP following the firm’s merger with Battle Fowler. Hamilton specialized in real estate development and finance, government finance, corporate governance, media and non-profit organizations. In 2010, Hamilton became senior counsel in the New York office of the law firm of Windels Marx Lane & Mittendorf, LLP. Throughout his career, he represented the NAACP Legal Defense Fund; the National Urban League, Inc.; Equity Office Properties Trust; Millennium Partners, L.P.; McFarlane Partners, LLC; Fannie Mae in American Communities Fund; Bessemer Trust Company; and Casden Properties, Inc. He served as outside general counsel to Essence Communications, Inc. and the Freedom National Bank of New York, and special counsel to the Apollo Theater Foundation, Inc.; the Studio Museum in Harlem; the New York City Health and Hospitals Corporation; and the Palau Mission to the United Nations. Hamilton was also an impartial arbitrator to the New York City Transit Authority and special fiscal counsel to the New York City Board of Education. In addition, he served on the faculty of the Practicing Law Institute’s program in Commercial Real Estate Financing.

In 2010, Hamilton was named chair of the board of directors of the Harlem School of the Arts. He has served on the boards of the Environmental Defense Fund, the Hudson River Foundation, the National Visionary Leadership Project, the Phoenix House Foundation, Inc., Granite Broadcasting Corporation, the Harvard Club of New York City, and the Ethical Culture Fieldston School. Hamilton was also on the Harvard College Board of Overseers’ Visiting Committee to the College and the Public Policy Committee of the board of directors of The Advertising Council, Inc. Additionally, he was a trustee of the Lawyers’ Committee for Civil Rights Under Law, the Harvard Law School Association of New York City, Inc., and the Interest on Lawyer Account Fund of the State of New York.

Hamilton has received numerous awards throughout his career, including being named one of New York’s Most Powerful Lawyers by New York magazine in 1999, the W.E.B. DuBois Medal for Academic Leadership from Harvard University in 2000, named one of America’s Top Black Lawyers by Black Enterprise in 2003, and the National Urban League, Inc. Collins Award in 2006.

Charles J. Hamilton, Jr. was interviewed by The HistoryMakers on March 27, 2019.

See how Charles J. Hamilton, Jr. is related to other HistoryMakers
Donate Now