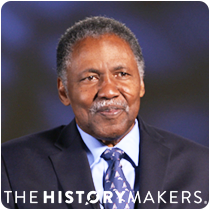 See how Charles Hunter is related to other HistoryMakers
Donate Now

Hunter began his career in 1966 as an analytical chemist at the International Harvester Company. In 1968, he worked briefly as a substitute teacher with Chicago Public Schools. Later that year, he was hired as a customer service chemist at Kaiser Aluminum & Chemical Corporation, where he worked until 1971. Hunter joined the chemical sales department at 3M Company in 1972, where he covered thirteen states. After receiving his J.D. degree from the University of Wisconsin Law School in 1974, he worked as an attorney at The Quaker Oats Company, specializing in patent, real estate, and mergers and acquisitions law. He later became the general counsel for The Quaker Oats Company’s restaurant division. He began working with Harold Washington during his mayoral campaign in Chicago, Illinois, becoming his assistant when Washington was elected in 1983. In this role, Hunter managed the offices of Cable TV, Purchasing, Personnel, the Mayor’s Office of Employment and Training, Inspectional Services, Zoning, Aviation, among others. He was also responsible for recruiting, vetting, and recommending all appoints to all boards and commissions in the City of Chicago. He left the administration in 1986 to join the law firm of Jones, Ware & Grenard. In 1988, Hunter was recruited by Dupont de Nemours, where he specialized in patent and environmental law as well as mergers and acquisitions. In 1993, he became the director of governmental affairs for Ascom Timeplex, a position he held until the company closed in 1996. Hunter then became part owner of a small janitorial company, which he helped expand to over 900 contracted positions throughout the Chicagoland area. He retired from the company in 2012.

Hunter has served on the board of Townsend & Associates, The Latin School of Chicago, HighJump software company, and NBU Athletics.

Hunter and his wife, Karen Ayd Hunter, have two sons.

Charles Hunter was interviewed by The HistoryMakers on May 5, 2018.

See how Charles Hunter is related to other HistoryMakers
Donate Now