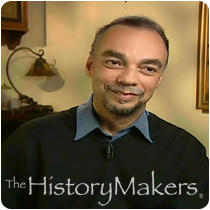 See how Charles Henry is related to other HistoryMakers

African American Studies professor Charles Patrick Henry III was born on August 17, 1947 in Newark, Ohio to Charles Patrick Henry, II and Ruth Holbert Henry. Henry attended Central School for elementary and junior high school. As a member of the National Junior Honor Society, he received honors for his studies in business. In 1965, Henry was accepted to Denison University in Granville, Ohio. As a student at Denison University, Henry co-founded the Black Student Union and the Experimental College. As a college student, he also participated in anti-war rallies and programs to improve race relations. After receiving his B.A. degree in political science in 1969, he attended graduate school at the University of Chicago.

As a graduate student, Henry was awarded an American Political Science Congressional Fellowship during which he worked for six months in the office of Hubert Humphrey, and then for six months with the Congressional Black Caucus. While Henry continued his studies, he obtained a teaching position in the political science department at Howard University. In 1974, Henry earned his Ph.D. degree in political science from the University of Chicago. He then left Howard University to teach Black Studies at his alma mater, Denison University. In 1979, Henry received a NEH post-doctoral Fellowship at Atlanta University where he began his research for the biography on Nobel laureate Ralph J. Bunche. After completing his fellowship in 1981, Henry taught at the University of California, Berkeley in the African American Studies department. Henry has since written over seventy articles, and authored six books including Ralph Bunche: Model Negro or American Other?.

From 1986 to 1988, Henry served as Chair of Amnesty International, U.S.A. Board of Directors. In 1994, Henry was appointed by President Bill Clinton for a six year term to the National Council on the Humanities. He also served as a Fulbright Chair in American History and Politics at the University of Bologna, Italy in 2003. Henry lives in Berkeley, California with his wife, Loretta, and their three children.

Charles Patrick Henry, III was interviewed by The HistoryMakers on April 5, 2006.

See how Charles Henry is related to other HistoryMakers
Click Here To Explore The Archive Today!