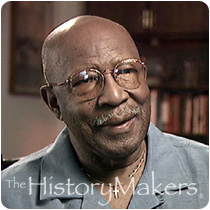 See how Charles D. Moody, Sr. is related to other HistoryMakers

After starting his career as teacher, in 1968 Moody became superintendent of the Harvey, Illinois Public Schools. Joining the education faculty of the University of Michigan in 1970, Moody worked as chairman of the School of Education Specialists, School of Education, director of the Program for Educational Opportunity in 1970, director of the Project for Fair Administration of School Discipline in 1975, director of the Center for Sex Equity in Schools in 1981, vice provost for Minority Affairs in 1987, executive director of the South African Initiative Office and in 1997, he became vice provost emeritus and professor emeritus. Moody worked as superintendent of searches for Hazard Young and Attea from 1987 to 2002.

Moody’s 1970 dissertation on black superintendents resulted in the formation of the National Alliance of Black School Educators, (NABSE.) Today, NABSE has 6,000 members and 125 affiliates across the United States. Honored as NABSE founder, and as a distinguished graduate of Central State University and Northwestern University, Moody lives in retirement with his wife in Las Vegas, Nevada. The Charles D. Moody and Christella D. Moody South African Initiative Fund was established in their honor to actively involve the University of Michigan community with the development of South Africa. The University of Michigan established the Charles D. Moody, Sr. Collegiate Professorship in Psychology and Education in September 2011.

See how Charles D. Moody, Sr. is related to other HistoryMakers
Click Here To Explore The Archive Today!