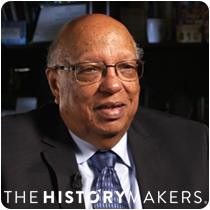 Upon his graduation from Lincoln University in 1963, Andrews was hired as an archivist for Bexar County, Texas. In 1964, he secured a position as a lab technician at the School of Aerospace Medicine at Brooks Air Force Base, and was later promoted to physiological training officer. From 1968 to 1970, Andrews worked as an insurance agent for Lincoln National Life Insurance. In 1975, he founded Andrews and Associates, a consulting firm that worked with housing authorities and Model Cities Programs across the country. From 1979 to 1989, Andrews was the president and CEO of Andrews Brothers Incorporated, an ocean transportation company. In 1984, Andrews became the president of Inner City Broadcasting Corporation, which was founded by his uncles Percy Sutton and Oliver Sutton. Andrews oversaw the radio station’s transition from AM to FM cast in 1988. In 1997, he served as the secretary on the board of Africom, a telecommunications company founded by Gregory Brown, Prentiss Yancy, and Andrews. He was also president of the production company Entermercial, Inc., that produced entertainment based commercials. Andrews served as president of Inner City Broadcasting Corporation until 2000 when the radio station was sold to Clear Channel.

Charles Andrews was interviewed by The HistoryMakers on July 9, 2018.