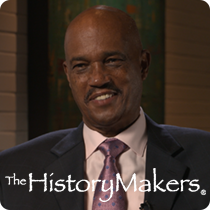 "Keep the wheels on the wagon."

Bush purchased the Star Dust Motel in 1971, which included on its property the 20 Grand Club. He went on to own or invest in numerous clubs throughout the Houston, Texas area such as The 50 Yardline, The Speak Easy, Champagne Room, Pizzazz, Real Faces, Jam City, Rag Tops, and La Club Rivera. In 1981, Bush began to diversify his investments by acquiring Charlie’s Oyster Bar, Grand Records in 1982, and Grand Motor Cars in 1983. In the late 1990's and 2000's Bush expanded into the airport concessions business at George Bush Intercontinental Airport, opening Tailwinds Bar & Snacks Foods, Time Out Bar, and Primo Coffees and Liqueurs. At the Dallas/Ft. Worth International Airport he also opened Riders World Bar Grub and Gear, an iconic motorcycle themed concept. Bush continued to grow his airport concessions enterprises, investing in various Bijoux Terner Fashion Accessories Stores. In 2008, Charles Bush Consulting LLC engaged in joint ventures and convention center projects. For more than forty years, Bush has owned and operated over eighty-eight night clubs, bars and restaurants though his GLOBAL HOSPITALITY BRAND operation.

Bush has received numerous awards and recognitions for his business ventures. He was presented three City Medallions by former mayors of Houston, a certificate of appreciation for meritorious service to the community by the City of Houston, a certificate of merit by the Legislative Black Caucus of the State of Texas, and the Mickey Leland 18th Congressional District Service Award. He was also the recipient of a Sports Merit Award from Texas International Sports, a Community Involvement Award from All American Rodeo Association, a Hall of Fame Award by the Club Owners Association, and was named Club Owner of the Year for ten consecutive years by the Night Club Owners Association.

Charles Bush was interviewed by The HistoryMakers on November 29, 2016.