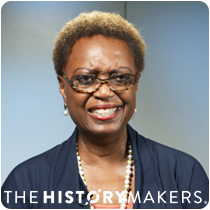 See how Challis Lowe is related to other HistoryMakers
Donate Now

Corporate executive Challis Lowe was born on July 21, 1945 in Chicago, Illinois to Clotilde Waller and Abner Waller. She graduated from Parker High School in 1962, and received her B.A. degree in communications from Southern Illinois University Carbondale in 1966. She later earned her M.B.A. degree in finance from Northwestern University’s Kellogg School of Management University in 1978.


In 1997, Lowe joined the Gaylord and Dorothy Donnelley Foundation board as a financial specialist to chair its newly formed Investment Committee; and in 2000, she became a trustee of the Kenwood Growth and Income Fund in Chicago. Upon relocating to Florida, she served on the Florida Memorial College Board of Directors in 2001, and the Florida Agricultural and Mechanical University Board of Trustees in 2003, which she later chaired. In 2005, Lowe was elected as a board member and treasurer of the Executive Leadership Council. Lowe joined the Fisk University Board of Trustees in 2013, and was named to the board of directors of the Seaway Bank and Trust Company in 2014. In 2016, Lowe was named to the board of Catholic Health Initiatives where she chaired the Retirement Committee and served on its Audit Committee.

Challis Lowe was interviewed by The HistoryMakers on June 30, 2018.

See how Challis Lowe is related to other HistoryMakers
Donate Now