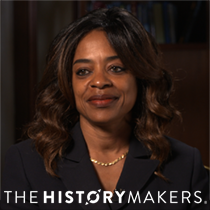 Civic leader Celeste Hodge Growden was born on June 23, 1961 in Fort Meade, Maryland to Corene Davis and Ellis Graham. Growden graduated from Bartlett High School in Anchorage, Alaska in 1979. She went on to receive her A.A. degree in business, economics, and organization management and her B.S.W. degree from the University of Alaska Anchorage.

Growden began working with the City of Anchorage as a word processor in 1982, where she worked in various positions, including as a receptionist with the Public Works Department. She also served as an adjunct professor at Alaska Pacific University from 1985 to 1987. She became the vice president of the NAACP Anchorage branch in 1991, and was appointed president in 1993, serving for eight years. She testified before the U.S. Commission on Civil Rights in 2001, following an increase in violence against communities of color in Anchorage. Growden was then appointed as deputy director and community outreach liaison for the Municipality of Anchorage Office of Equal Opportunity in 2003. Two years later, she was promoted to director. She held this position until 2011, when she was became a political aide to Alaskan Senator Bettye Davis. Growden also served as a committee aide for the Senate Health and Social Services Committee in 2010, and campaign manager for Senator Davis’ 2012 re-election campaign. She also worked with U.S. Senator Mark Begich. In 2012, Growden became executive director for Shiloh Community Development, Incorporated. In 2014, she served on Alaska Governor Bill Walker’s Anchorage transition team; and in 2015, she was appointed overseer to Anchorage mayor elect Ethan Berkowitz’s Homelessness Committee.

Growden served as an advisory board member for the college of education at the University of Alaska Anchorage from 2003 to 2013. She also served on the boards of the Alaskans Against the Death Penalty organization, and the Anchorage Neighborhood Housing Services, Inc. Additionally, Growden served as president of North to the Future Business and Professional Women, and was a member of the Hillary for Alaska Leadership Council as well as the leadership team for 90% by 2020. Growden was named an Alaska Freedom’s Sister by Ford Motor Company in 2012; and in 2017, she was among twenty African Americans honored by the Anchorage Assembly during Black History Month.

Celeste Hodge Growden was interviewed by The HistoryMakers on May 20, 2018.