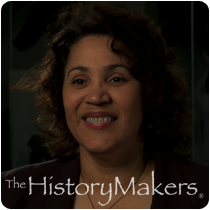 Award-winning historian and author, Cassandra Newby-Alexander was born on December 30, 1957 in Great Lakes, Illinois. She attended Maury High School in Norfolk, Virginia and in 1980, she graduated with her B.A. degree in American government and African American studies from the University of Virginia. She went on to receive her professional teaching certificate from Norfolk State University in 1983, where she would later return to as an educator. That same year, she attended an international graduate summer school program at Oxford University. The following year, she completed her M.A. courses from Old Dominion University. In 1984, she was accepted into the Ph.D. program in history at the College of William and Mary, working as a graduate teaching assistant and earning a teaching fellowship. She received her Ph.D. in 1992. During that time, she also taught secondary school for Norfolk Public Schools in the subjects of AP history, psychology and foreign policy.

Newby-Alexander next became an assistant professor at Norfolk State University, teaching American Survey and Modern American and African American History. She also co-created televised courses for her classes. In 1995, she also became an educational consultant and annual contributor to Norfolk’s Afr'Am Festival, one of the largest African American community celebrations on the East coast. From 1995 until 2000, Newby-Alexander served as an educational consultant with the ETS for American History. Since 2008, she has worked as an oral historian for the Supreme Court of Virginia, documenting the history of retired justices and lawyers in the twentieth century.

Newby-Alexander has co-authored several books including Black America Series: Portsmouth and her latest Remembering School Desegregation in Hampton Roads, Virginia in 2009. She also co-edited the book, Voices from within the Veil: African Americans and the Experience of Democracy in 2008. Also, she created the interactive websites Waterways to Freedom based on Virginia’s Underground Railroad Network and Race, Time, and Place dedicated to African American history in Hampton Roads, Virginia. She has won multiple honors including in 2005 when she was chosen by American Legacy magazine as one of the nation’s top teachers in African American history at a Historically Black College or University.

Cassandra Newby-Alexander was interviewed by The HistoryMakers on May 10, 2010.

See how Cassandra Newby-Alexander is related to other HistoryMakers
Donate Now
Click Here To Explore The Archive Today!