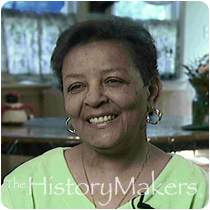 Carrie C. Tankard has been a contributor to the civic and cultural life on the island of Martha’s Vineyard in Massachusetts for nearly forty years. Her major work has been in civil rights, historic preservation and education, and intercultural understanding.

Born on February 18, 1935 in Newark, New Jersey, Tankard was one of seven children of Maggie and Felipe Camillo. She graduated from Newark’s Southside High School in 1953. After high school, she was employed as a clerk-typist at the Internal Revenue Service in Newark for four years. She married George Tankard of Newark in 1954, and they had six children between 1955 and 1961.

At the time of the urban civil rights riots in Newark in 1967, the Tankards were living in public housing. The violence, fires and store lootings during the two-day disturbance led her family to flee Newark and they relocated on Martha’s Vineyard in the fall of 1967.

While she worked as a dental assistant from 1968 – 2000, Tankard’s civic and community involvements and contributions have been significant and acknowledged across the Island. For thirty-eight years she has served as vice-president of the Martha’s Vineyard Branch of the NAACP, working on memberships, with youth, and chairing the branch’s annual Martin Luther King, Jr. Birthday Dinner. She is the co-founder of the African American Heritage Trail on Martha’s Vineyard, which was established in the early 1990s.

As a lay historian she created African American educational exhibits on Black cowboys and cultural cooking and foods. She has been an active member of the Martha’s Vineyard Preservation Trust. She served for five years on the Board of Directors of the League of Women Voters and for two years on the board of the Martha’s Vineyard Hospice. She is a former president of a Parent Teacher’s Association, and she has been a volunteer tutor of English for Portuguese immigrants to the island.

See how Carrie Camillo Tankard is related to other HistoryMakers
Donate Now
Click Here To Explore The Archive Today!