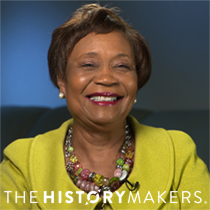 Stewart served on the Florida Board of Bar Examiners from 2006 to 2011 and the Heifer International board of directors from 2014 to 2017. She was also a founding board member of the Tampa Organization of Black Affairs. Stewart has been honored by numerous organizations including the Florida Commission on the Status of Women and the National Bar Association. Stewart is a legacy life member of the National Council of Negro Women (NCNW).

Stewart and her husband, Delano Stewart, have one daughter together, Delsha. Stewart also has five stepdaughters.

Carolyn House Stewart was interviewed by The HistoryMakers on September 10, 2018.