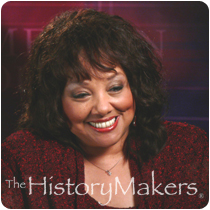 See how Carole Simpson is related to other HistoryMakers
Donate Now

Award winning journalist Carole Estelle Simpson was born on December 7, 1940, in Chicago, Illinois. Simpson became involved in drama in elementary school and high school, training her at a young age to articulate and project her voice for television and radio. In 1958, Simpson graduated from high school and attended the University of Illinois. After attending the University of Illinois for two years, Simpson transferred to the University of Michigan where she graduated in 1962 with her B.A. degree in journalism; she was the only black journalism major in her graduating class. While pursuing her B.A. degree, Simpson received her first media experience by working at a community newspaper during her summer breaks.

After graduating from college, Simpson was hired as a journalism instructor and publicist at the Tuskegee Institute in Tuskegee, Alabama; she held this position for two years before becoming a graduate student at the University of Iowa, where she chose broadcast media over print journalism. In 1965, Simpson returned to Chicago to become the first woman to broadcast news in the city’s history when she was hired at WCFL Radio. In 1968, Simpson changed stations and began working for Chicago’s WBBM Radio as a news reporter and anchor. While working for Chicago’s WBBM, Simpson covered the Civil Rights Movement and the Chicago Seven conspiracy trial. She also served as a commentator for the public affairs series Our People until 1970. After working for WBBM, Simpson became Chicago’s first black female television reporter, while working for the NBC affiliate, WMAQ-TV. While working as a journalist in Chicago, Simpson also taught journalism courses at Northwestern University.

In 1974, Simpson was hired as a Washington, D.C. correspondent for the NBC Nightly News. In 1982, Simpson joined ABC News as a correspondent and covered then-Vice President George H.W. Bush on his domestic and foreign trips. She also went on to cover his 1988 presidential campaign. In 1986, Simpson reported live from the Philippine Islands on the fall of the country’s president, Ferdinand Marcos. In 1988, she was hired as a Sunday news anchor for ABC’s World News Tonight. In 1992, Simpson was the first woman and minority to ever moderate a presidential debate held at the University of Richmond between George H.W. Bush, Ross Perot and then Arkansas Governor Bill Clinton; the debate was also the first to be held in the town hall meeting format. For ABC’s Nightline, Simpson covered the release from prison of South African civil rights leader Nelson Mandela after twenty-seven years for his anti-apartheid activities; while covering the story, she was beaten by a South African police officer. Throughout the 1990s, Simpson reported on several breaking news stories including the controversial Clarence Thomas-Anita Hill hearings, the Oklahoma City bombing, and the Senate impeachment trial of President Bill Clinton.

Simpson ended her career as a weekend ABC anchor in 2003, but had a contract with the network until 2005. Simpson became the ambassador for the network, traveling throughout the country and speaking in schools. Simpson’s new role consisted of visiting public schools to help students make a sense of the changing media landscape; she launched the program at her old high school in Chicago. Simpson has established six scholarships for women and minorities majoring in journalism at the post-secondary level. In 2007, Simpson was hired as Leader in Residence at Emerson College in Boston, Massachusetts.

See how Carole Simpson is related to other HistoryMakers
Donate Now
Click Here To Explore The Archive Today!