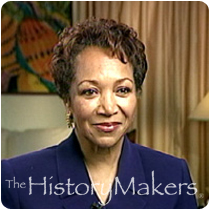 Carole Henderson Tyson was born in Atlanta, Georgia, on August 29, 1942 of parents who were pioneers in the field of African travel and tourism. Their company, Henderson Travel, was founded in 1955. After finishing high school, Tyson attended Tufts University, where she earned a B.A. in languages in 1964. From there, she attended Howard University, earning her M.A. in French and African literature in 1968, and a Ph.D. in anthropology and education from Harvard University in 1970.

Following her graduation from Tufts University, Tyson worked as a French teacher in Danbury, Connecticut. In the year between her M.A. and Ph.D., she worked as a lecturer at the University of California-Berkeley. Tyson married her husband John Tyson in 1971, and the following year, they traveled to Tanzania to study child development. Returning to the United States, she began work for the United States Agency for International Development (USAID), where she oversaw economic development plans for Senegal in 1983 and Lesotho from 1986 to 1988. Tyson was then appointed vice president for international affairs at the Joint Center for Political and Economic Studies. She currently works for the Charles B. Rangel International Affairs Program at Howard University, and as president and CEO of Henderson’s Global Voices, a speaker’s bureau that supplies speakers with expertise on Africa, the Caribbean and the Middle East to corporations, academia and other organizations.

Active in numerous organizations, Tyson is a member of the Council on Foreign Relations, the Washington Institute of Foreign Affairs and sits on the board of trustees of the International Foundation for Education and Self Help (IFESH). She is also a former trustee of Clark Atlanta University and the former president of Black Professionals in International Affairs.

See how Carole Henderson Tyson is related to other HistoryMakers
Donate Now
Click Here To Explore The Archive Today!