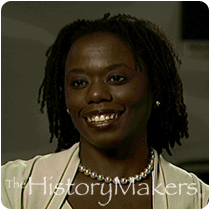 In 2003, Carole assumed the helm of the CTA Board after being appointed by Chicago Mayor Richard M. Daley. Brown took control during a budget crisis over managerial pension revisions. During Brown’s tenure, she has used her financial proficiency to help the CTA finance billions of dollars in deferred maintenance, rail improvements, health care benefits and capital construction.

Growing up wanting to be a teacher and then lawyer, Brown ultimately took on the business world, beginning her career working at First Chicago Capital Markets, Midwest Management Consultants, and Mesirow Financial before landing at Lehman Brothers. There, Brown has primary responsibility for overseeing business revenues surpassing $10 million annually, and for the firm’s client dealings in several major national markets. Before starting in public finance, Brown earned her B.A. degree from Harvard University. She then relocated to Chicago and received her M.B.A. in management from Northwestern University's Kellogg School of Management.

Brown is also active in her community and politics, having served as a member of the Women’s Leadership Forum of the Democratic National Committee and serving on several boards, including the Chicago Children’s Museum, Mercy Foundation, Illinois Council Against Handgun Violence, and The Auto Club Group (an affiliate of AAA). She is also a member of The Economic Club of Chicago, The Executives’ Club of Chicago, The Chicago Network, and serves on the President’s Board for Uhlich Children’s Advantage Network. For her efforts, she was named a 2002 Fellow of Leadership Greater Chicago and became Leadership Greater Chicago’s 2007 Distinguished Fellow.

Brown has received many professional awards and recognitions and has been profiled by many publications. In 2003, she was named one of Crain’s Chicago Business’ 40 under 40 and was also named one of the 25 Women to Watch by that publication in 2007. In 2005, Brown was named a Business Leader of Color by Chicago United and also one of the Top 50 Under 50 by Black MBA Magazine. She was also selected by Working Mother to receive the Legacy Award at its Chicago Multicultural Women's Town Hall in 2007.

Brown lives with her dog Echo in Chicago.

Brown was interviewed by The HistoryMakers on July 14, 2008.