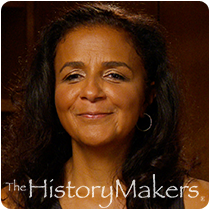 Civic leader and attorney Carol Sutton Lewis was born on September 26, 1959 in New York City, New York. Her mother, Renee Sutton, was a public school teacher; her father, Oliver Sutton, was a judge and businessman. Lewis graduated from the High School of Music and Art in New York, now Fiorello H. LaGuardia High School, in 1976. She went on to receive her B.A. degree in English from the University of Pennsylvania in 1980, and her J.D. degree from Stanford Law School in 1983.

Upon being admitted to practice law, Lewis was hired as an associate at the law firm of Dow, Lohnes & Albertson in 1983. She worked there until 1987, when she was hired as an associate at the Apollo Theatre. After a brief stint at the Apollo Theatre, Sutton Lewis worked at Home Box Office from 1987 until 1989 before being hired as an associate in business development at WTTW Chicago, where she remained until 1992. In 2011, Lewis launched, and began writing for, the website entitled Ground Control Parenting, a blog designed for parents of children of color with a particular focus on issues affecting boys. She and her husband, William M. Lewis, founded the Carol Sutton Lewis and William M Lewis, Jr. Charitable Foundation, which she manages.

Lewis has served on the boards of several educational organizations, including WNET.org, Alvin Ailey Dance Foundation, East Harlem Tutorial Program, Harlem School of the Arts, and Early Steps, an organization devoted to increasing the presence of students of color in New York City private schools. Since 1998, she has served on the board of directors of the Studio Museum in Harlem, where she eventually became vice chairman of the board. In 2008, Lewis was elected to Stanford Law School’s board of trustees, and, in 2010, she began serving as a board member of the Collegiate School. Lewis was also elected a board member of the Foundation for Art and Preservation in Embassies in 2011. She has also been honored by receiving the Humanitarian Award for Leadership in Education from the National Urban Technology Center.

Lewis lives with her husband in New York City. They have three children: Tyler, Carter and Andrew.

Carol Sutton Lewis was interviewed by The HistoryMakers on October 22, 2013.

See how Carol Sutton Lewis is related to other HistoryMakers
Donate Now
Click Here To Explore The Archive Today!