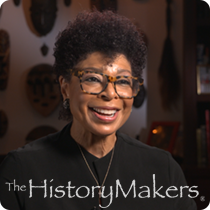 See how Carol Fulp is related to other HistoryMakers
Donate Now

Corporate executive Carol Fulp was born on January 28, 1952 in Queens, New York to Paris Nicholson, Jr. and Miriam Nicholson, the first African American female manager at Swissair Airlines. Fulp graduated from Springfield Gardens High School in Queens, New York in 1970. She initially studied at Boston University, but earned her B.S. degree in liberal arts from the State University of New York at Albany in 1974.

Fulp first worked as a customer service representative at the Gillette Company in Boston, Massachusetts. Over the next decade, she was promoted to corporate employee relations manager at Gillette. In 1987, Fulp transitioned to the television industry as a human resource manager at WCVB, Boston’s ABC-TV affiliate, where she was eventually promoted to director of community programming and human resources. In 1998, Fulp left WCVB to become the assistant vice president of community relations at John Hancock Financial Services. She was promoted to vice president of community relations in 2002, and senior vice president of corporate responsibility and brand initiatives in 2009. In 2010, Fulp was selected by President Barack Obama as a representative of the United States to the 65th Session of the United Nations General Assembly. In 2012, Fulp left John Hancock to become president and CEO of The Partnership, Inc., a leadership development organization for executives and professionals of color. She was appointed to the board of trustees of the University of the Virgin Islands by U.S. Virgin Islands Governor John de Jongh, and the board of trustees of Boston Public Library as well as the City of Boston Compensation Advisory Board by Boston Mayor Marty Walsh. Appointed by Governor Deval L. Patrick, Fulp served for five years on the Massachusetts Convention Center Authority Board. She was also appointed to the Massachusetts State Treasurer Deborah Goldberg’s Advisory Committee on Wage Equality, and served on the Harvard Kennedy School Women’s Leadership board. Fulp joined the Boston University Board of Trustees in 2015.

Fulp received numerous awards, including the Eleanor Roosevelt Award and the Patriot’s Award as well as the Greater Boston Chamber of Commerce 2000 Pinnacle Award and 2017 Distinguished Bostonian Award. In 2003, Fulp was named one of the “50 Most Powerful Women In Boston” by Boston Magazine. Fulp was a founding co-chair of the Massachusetts Conference for Women in 2005, the largest women’s leadership conference in the country with 10,000 attendees. Fulp was the recipient of an honorary doctorate of law from New England Law Boston and an honorary doctorate from Salem State University.

Carol Fulp was interviewed by The HistoryMakers on October 21, 2016.

See how Carol Fulp is related to other HistoryMakers
Donate Now
Click Here To Explore The Archive Today!