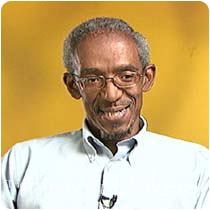 "The Future Of The Future Is In The Critical Recovery Of The Present."

Academic administrator, physicist, and physics professor Carl Spight was born on September 8, 1944 in Indianapolis, Indiana to Erma Mae White and William Herman Spight. He was inspired to be a nuclear physicist from watching television shows like Watch Mr. Wizard, Flash Gordon, and Captain Video and His Video Rangers. His childhood nickname, Mr. Radio, was earned by fixing his neighbor’s electronics. He attended Frances W. Parker School 56 where he arrived early to read the encyclopedias, achieved top grades, and earned a trip from the Freedoms Foundation to Philadelphia, Pennsylvania. Despite encountering racism at Arsenal High School, he won the state science fair and graduated in 1962. At his father’s suggestion, he attended Purdue University and received his B.S. degree in electrical engineering with honors in 1966. In 1971, Spight earned his M.A. and Ph.D. in plasma physics from Princeton University in. He thrived in Princeton’s intellectual environment and began his activism, creating the Committee on Black Awareness with other black graduate students.

In 1971, Spight taught at Southern University for one year before joining the staff at Morehouse College in 1972, as a physics professor and department chair, where he worked until 1980. During 1977, he served as a visiting physics professor at the Massachusetts Institute of Technology. From 1980 to 1983, Spight then worked for AMAF Industries where he became director of research. At Sonicraft, Incorporated in Chicago, Illinois, he was chief of advanced technology programs, director of engineering, and chief scientist from 1986 to 1989. President Thomas Cole recruited Spight to assist with the consolidation of Clark College and Atlanta University into Clark Atlanta University in 1989, where he became the dean of the college of arts and sciences and executive assistant to the president. During the 1990s, he served as chief scientist and regional manager of information systems for Jackson and Tull, Incorporated. Spight served as manager of academic services for the Office of Information Technology at the City Colleges of Chicago from 1994 through 2000. Spight has taught at and assisted with academic programs at Chicago State University, Olive-Harvey College, Providence St. Mel High School, North Lawndale College Preparatory Center, and Betty Shabazz Charter School. During the 2000s, he worked as a statistical consultant and vice president for Forté Development Corporation in Columbia, Maryland.

Spight has been a community leader and civic activist for many years. In Oak Park, Illinois, Spight co-authored the research study about the performance gap between black and white achievement at Oak Park and River Forest High School. His activism led him to be a featured presenter at the Olive-Harvey Black Studies Conference for over seventeen years. Among many other honors, Spight received the William F. Thornton Award for Professional Achievement from the National Technical Association in 1989 and the Distinguished Alumni Award from Princeton University. Spight is an avid percussionist and student of Africana music. He plays with his brother, Roy, who also makes African drums. He has been married to his wife, Marsha, since 1968 and they have three successful grown children.

Carl Spight was interviewed by The HistoryMaker’s on July 23, 2004.