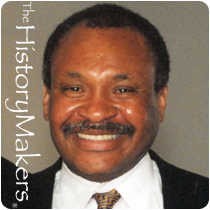 Civil rights activist and politician Carl Snowden was born on June 17, 1953, to Ora and William Snowden, in Baltimore, Maryland, and was raised in Annapolis, Maryland, where he attended Annapolis Elementary School. As a student, Snowden was greatly influenced by The Autobiography of Malcolm X. In 1970, Snowden, along with fourteen other students, were expelled from Annapolis High School after they boycotted classes to protest the school’s lack of African American teachers and African American studies courses. Local benefactors raised funds for him to attend the private Key School. While still a young adult, Snowden organized an African American group called VOTE.

1976, Snowden successfully sued the Federal Bureau of Investigation (FBI) for illegally spying on him through the COINTELPRO program, which was established by the FBI to keep activists under surveillance. Snowden was kept under surveillance by the FBI from the age of 16 until 24. Snowden was awarded $10,000 and the FBI was required to expunge his files. Snowden received his M.A. degree in human services from Lincoln University in 1985.

In 1982, Snowden founded Carl Snowden & Associates, a private civil rights firm that specialized in civil rights issues. After building a reputation as a leading civil rights activist, Snowden was elected to serve as representative for the majority black Fifth Ward on the Annapolis City Council in 1985. As alderman, Snowden introduced landmark legislation that prohibited private clubs from discriminating against people based on their race, color, gender, and national origin; and also passed legislation prohibiting stalking and sexual harassment. Snowden then spearheaded the removal of Arthur G. Strissel, Jr. from the position of executive director of the Annapolis Housing Authority after he was charged and convicted of bribery and fraud. In 1988, Snowden founded the Dr. Martin Luther King Jr. Committee, Inc., which hosts an annual Awards Dinner honoring people who, through their deeds, words, and actions, help to keep Dr. King’s legacy alive. Following Snowden’s unsuccessful run for mayor of the City of Annapolis, Snowden worked for Governor Parris N. Glendening as an administrator in the Maryland Department of Juvenile Services and as the president for the Anne Arundel County Economic Opportunity Committee. In 2007, the State of Maryland Attorney General Douglas F. Gansler appointed Snowden as the first Director of the Civil Rights Program. While there, Snowden campaigned for civil rights for all people and led an investigation into the Annapolis Housing Authority’s banning practices.

Carl Snowden was interviewed by The HistoryMakers on December 9, 2011.