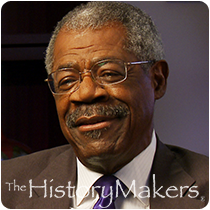 See how Carl Singley is related to other HistoryMakers
Donate Now

Lawyer and educator Carl E. Singley was born in Alabama on March 21, 1946. In 1968, Singley graduated from Talladega College with his B.A. degree. He went on to receive his J.D. degree from Temple University in 1972 and his LL.M. degree from Yale Law School in 1974.

In 1974, Singley was hired as a law professor at Temple University and became a full professor at the age of thirty-three. He then served as dean of Temple’s law school from 1983 through 1987. At the time of his appointment, he was the first African American, the first Temple graduate and the youngest dean in the history of the law school. He retired as professor emeritus in 2004. Singley taught Civil and Appellate Procedure; Evidence; Jurisprudence; Legal Ethics; Municipal Finance; and State and Local Government Law. He has also authored and published numerous articles and essays on a wide variety of subjects, including legal ethics, criminal justice, jury trials, affirmative action, legal history, municipal finance, and leadership theory.

In 1987, Singley founded the largest African American law firm in Philadelphia, Pennsylvania, which he managed for thirteen years before serving as a partner in two large Philadelphia law firms for eight years. Singley has been counsel to the law firm of Ciardi Ciardi & Astin since 2009. He has represented major corporations in litigation and transactional matters, and advised various local and state governments on a wide variety of federal, state, and municipal law matters. Singley has litigated and argued cases on employment law, contracts/business law, tort liability, libel law, constitutional law, and municipal law in various state and federal courts. He has also served in many public roles, including as the first deputy city solicitor for the City of Philadelphia, special counsel to the MOVE Commission, special counsel to the Philadelphia City Council, counsel to the Mayor of Philadelphia, special counsel to SEPTA, counsel to the Pennsylvania Convention Center, and chairman of the Mayor’s Commission on Construction Industry Diversity. He is admitted to practice in Pennsylvania and before the United States Supreme Court.

Singley’s civic and board memberships have included the Pennsylvania Convention Center Authority, North Star Bank, the Temple University Board of Trustees, the Federal Reserve Bank of Philadelphia, PNC Bank Advisory Board, the African American Museum in Philadelphia, the Zoological Society of Philadelphia, the Philadelphia Center City District, the Urban League of Philadelphia, and the Military Assistance Project. His recent awards include the A. Leon Higginbotham Award for Distinguished Service and the Thurgood Marshall Award; and he was named Diversity Attorney of the Year by the Philadelphia Bar Association in 2009.

Carl Singley was interviewed by The HistoryMakers on June 11, 2014.

See how Carl Singley is related to other HistoryMakers
Donate Now