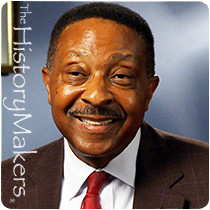 "Luck is when opportunity meets preparation."

NASA astronaut and U.S. Navy Captain Winston E. Scott was born on August 6, 1950 in Miami, Florida to Alston J. and Rubye L. Scott. He graduated from Coral Gables High School in 1968, received his B.A. degree in music from Florida State University in 1972 and his M.S. degree in aeronautical engineering with avionics from the U.S. Naval Postgraduate School in Monterey, California.

Scott entered Naval Aviation Officer Candidate School in 1973 and was designated a Naval Aviator in 1974. As an aviator, Scott piloted the F-14 Tomcat, F/A-18 Hornet, and the A-7 Corsair. In 1988, Scott was assigned as deputy director and test pilot in the Tactical Aircraft Systems Department at the Naval Air Development Center in Warminster, Pennsylvania. Scott has logged over 6,000 hours of total flight time in more than 20 different aircraft and more than two-hundred shipboard landings.

In 1992, Scott was selected by NASA for astronaut training. He later served as a mission specialist on STS-72 Endeavour during its nine day mission from January 11, 1996 to July 20, 1996. Scott conducted one spacewalk to demonstrate and evaluate techniques later used in the assembly of the International Space Station. Scott returned to space on STS-87 Columbia during its sixteen day mission from November 19, 1997 to December 5, 1997 where he performed two spacewalks, including one that lasted over seven hours and involved the manual capture of a Spartan satellite. On the second spacewalk, Scott tested tools and procedures for future space station assembly. In 1999, Scott retired from NASA and the U.S. Navy to become Vice President for Student Affairs and Associate Dean of the Florida State University College of Engineering. In 2003, Scott became the executive director of the Florida Space Authority (FSA), an organization responsible for the development of space-related business in the State of Florida. The FSA also advised the state’s governor and legislature on matters related to space and aeronautics in the state. In 2006, Scott became Vice President and Deputy General Manager on the engineering and science contract at Johnson Space Center for Jacobs Engineering in Houston, Texas. Scott’s book, Reflections from Earth Orbit (2005), is a semi-autobiographical account of his experiences as a NASA astronaut.

NASA astronaut and U.S. Navy Captain Winston E. Scott was interviewed by The HistoryMakers on June 6, 2013.