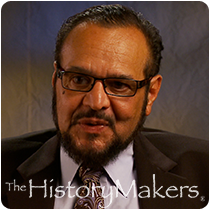 See how Capt. C.A. "Pete" Tzomes is related to other HistoryMakers
Donate Now

Navy Captain (Retired) C. A. “Pete” Tzomes was born on December 30, 1944 in Williamsport, Pennsylvania. He was the oldest of two children parented by James C. Tzomes and Charlotte Eudora (Hill) Tzomes, who instilled in him the value of hard work and discipline at an early age. Tzomes decided to pursue a career in the U.S. Navy during junior high school following a recruiting visit by a Naval Academy midshipman. Later, in 1963, Tzomes was admitted to the U.S. Naval Academy after briefly attending the State University of New York at Oneonta. He graduated in 1967 and was commissioned as an Ensign.

Upon graduation, Tzomes completed submarine nuclear power training which was followed by submarine training. He was then assigned to the ballistic missile submarine USS WILL ROGERS in 1969 and served in various division officer billets before being transferred to the fast attack submarine USS PINTADO. After completing Engineer Officer qualification in 1973, Tzomes was assigned as engineer officer on board USS DRUM; and, from 1979 to 1982, served as Executive Officer on board USS CAVALLA. In 1983, Tzomes became the first African American to command a U.S. submarine when he was assigned as the Commanding Officer of USS HOUSTON (SSN 713). At the conclusion of his command tour in 1986, he was assigned as the Force Operations Officer on the staff of Commander Submarine Forces U.S. Pacific Fleet in Pearl Harbor, Hawaii and oversaw the operations of all submarines in the Pacific theater. In 1988, Tzomes was appointed as the Director of the Equal Opportunity Division in the Bureau of Naval Personnel and as the advisor to the Chief of Naval Personnel on equal opportunity issues; and, in 1990, he became Commanding Officer of Recruit Training Command Great Lakes (boot camp). Tzomes then served as Assistant Chief of Staff for Operations and Inspector General before he retired from the Navy in 1994.

Tzomes was an active member of the National Naval Officers Association, including two years as a regional Vice President, while on active duty. This is a professional organization that targets professionalism and development of sea service minority officers (Navy, Marine Corps and Coast Guard). After Navy retirement, Tzomes worked as a utility manager at Exelon Corporation until July 2012. He held various leadership positions while primarily assigned to the Quad Cities Generating Station located in western Illinois. He continued to keep abreast of Navy issues through his affiliation with the Naval Submarine League, the U.S. Naval Institute, the United States Submarine Veterans and the Navy League. His military honors and decorations include the Legion of Merit (with Two Gold Stars), the Meritorious Service Medal (with Three Gold Stars), and the Navy Commendation Medal (with Two Gold Stars) as well as various unit and campaign ribbons.

Tzomes married the former Carolyn Eason in July, 2007. Offspring from a previous marriage include a son, Chancellor A. Tzomes II, and a granddaughter, Mariana Tzomes.

See how Capt. C.A. "Pete" Tzomes is related to other HistoryMakers
Donate Now
Click Here To Explore The Archive Today!